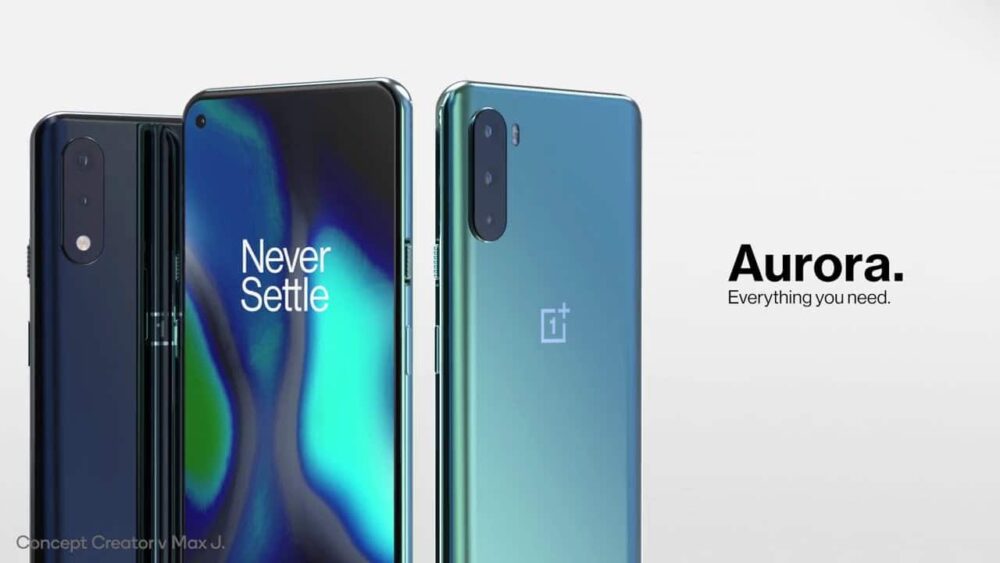 Following soon after the release of OnePlus Nord, there are new reports claiming that the Chinese brand is making more mid-range phones. The leak comes from renowned tipster Max J, who has partnered up with a popular 3D artist to create concept renders for the upcoming OnePlus devices.

OnePlus Nord Might be Getting a Cheaper Version Soon

Max revealed that the internal codename for this new lineup is “Billie” though they are calling it Aurora. These phones might fall into the Nord lineup with cheaper and more expensive variants. Their design is based on imagination but it could be close to the final products.

It's a leak… sort of.
Let me introduce Codename "Billie" or as we call it: Aurora.

The devices are based on our imagination but I believe they could be very close to the actual phones.

These phones have dual and triple cameras at the back and a cornered punch-hole cutout on the display. These displays will likely have AMOLED panels, but it is unclear whether they will have a high refresh rate since they are going to be more affordable. The overall design of the two handsets is nearly identical. OnePlus’s iconic slider for changing sound profiles is also there.

The video from the 3D artist Concept Creator shows the phones in action.

There is still a lot that we don’t know about these devices, for instance, the specifications. They may feature the affordable Snapdragon 690 5G, or may entirely skip 5G to cut costs, which would make more sense. Other details are likely to appear as the launch date draws near. That being said, there is no word on a likely launch date either.