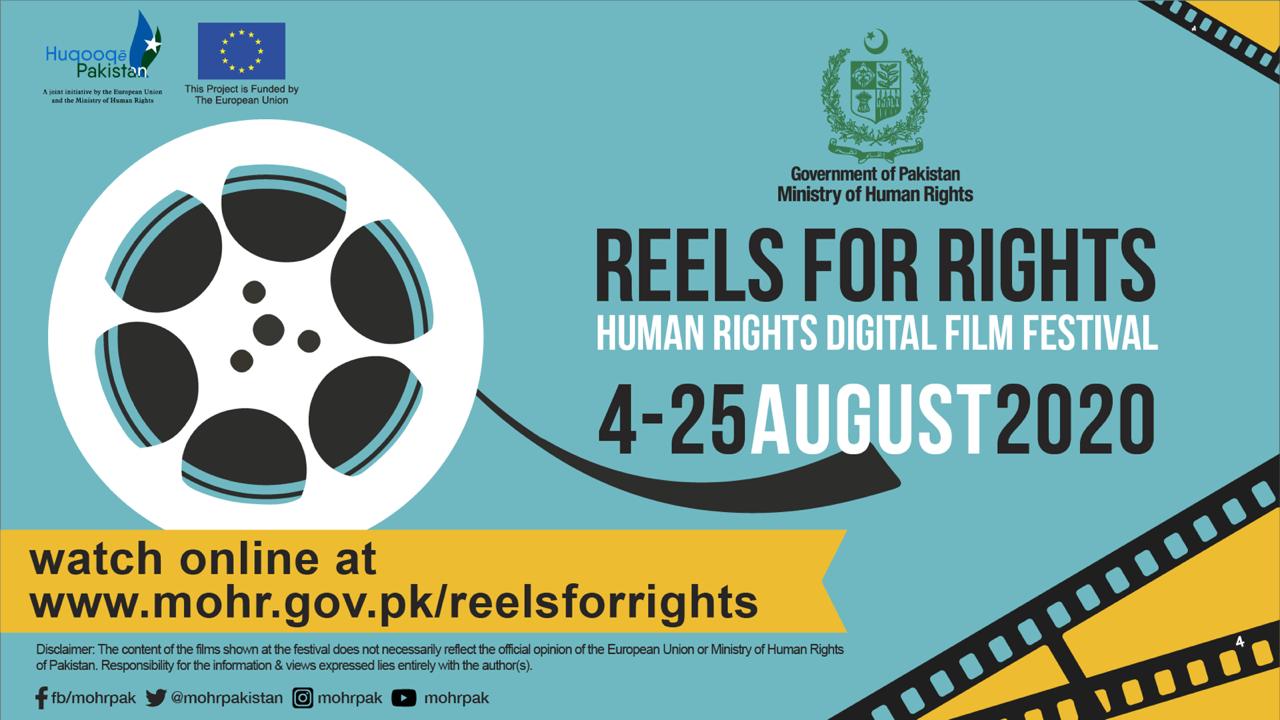 The Ministry of Human Rights is showcasing a powerful film on the everyday struggles of Kashmiris in Indian Occupied Kashmir, to launch its “Reels for Rights” Digital Film Festival.

“Faryad: A Wail From Kashmir,” explores the intergenerational violence suffered by Kashmiris at the hands of the Indian Occupation Forces, by delving into the story of a journalist speaking out for the rights of Kashmiris. The film won the Award of Merit at the Indie Film Festival 2016 and the Best Film Award at the Los Angeles Film Fest in 2016. 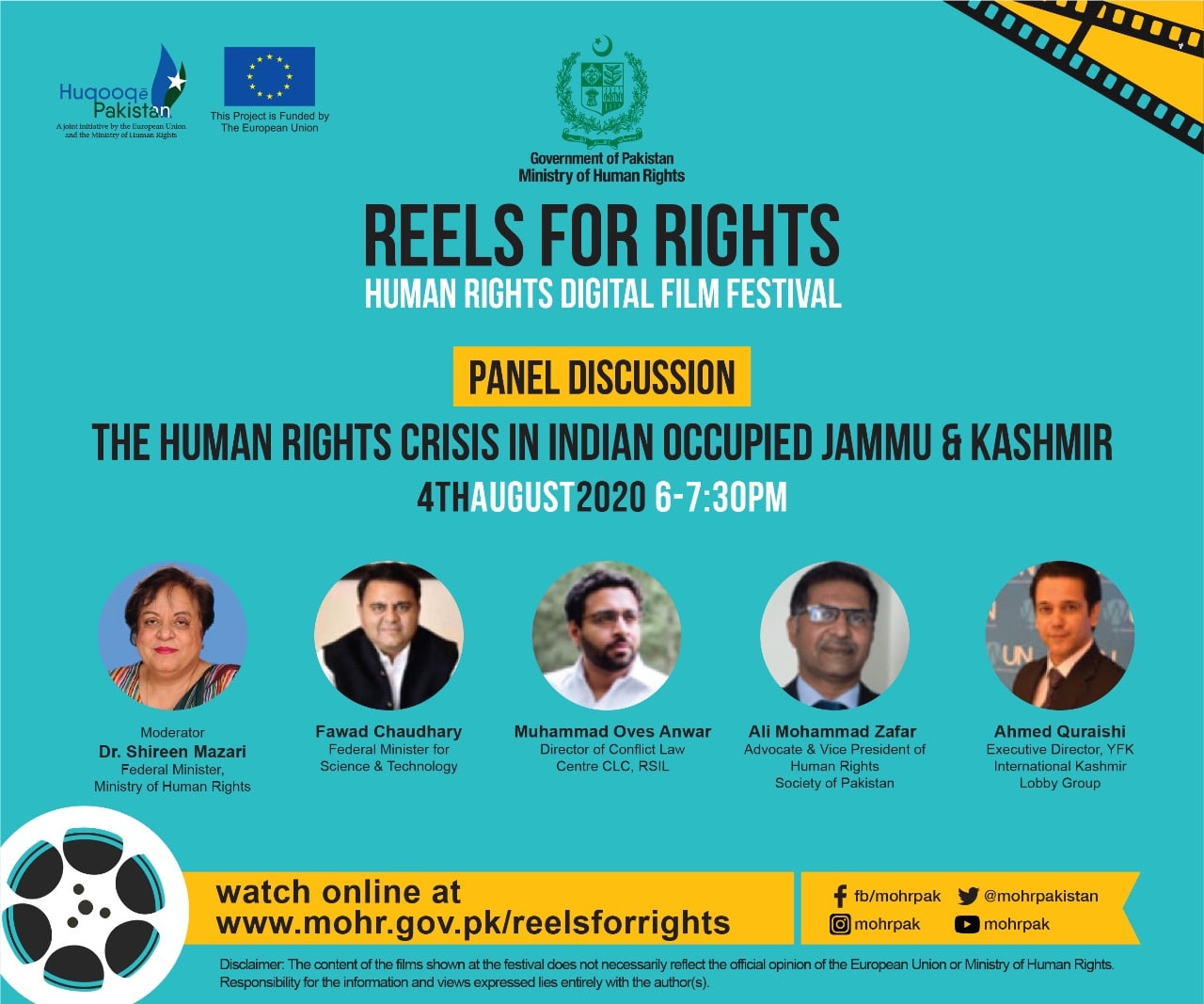 The live screening of the film will be followed by a panel discussion on the Human Rights Crisis in Indian Occupied Jammu & Kashmir, moderated by Federal Minister for Human Rights, Shireen Mazari.

It has been one year since the Government of India revoked Article 370 of the Indian Constitution, stripping the Muslim majority territory of Jammu & Kashmir of its autonomy. The illegal occupation and annexation of Indian Occupied Jammu & Kashmir has been followed by a stringent lockdown, widescale arrests, and an unprecedented communication blackout.

The Citizenship Amendment Act (CAA) seeks to change the demography of the Occupied Territory by making religion the basis on which India will give citizenship to persecuted minorities. Armed forces are now also allowed to acquire land in the disputed region without obtaining a Non-Objection Certificate (NOC). This in violation of all international law including the Fourth Geneva Convention.

Moreover, the Indian State is engaging in increasingly violent repression of dissent in India, including the arbitrary detention and harassment of activists and human rights defenders by the state in relation to their participation in peaceful protests against the Citizenship Amendment Act 2019 (CAA), the National Population Register and the National Register of Citizens.

The International Court of Justice and the World Organization against Torture (OMCT) has also highlighted a range of human rights violations, including of freedom of association and assembly, in India’s repression of peaceful protests.

Reportedly fabricated charges of sedition, murder, and terrorism under repressive anti-terror and national security laws – such as the Unlawful Activities (Prevention) Act and the National Security Act – have been filed against activists and human rights defenders participating in the protests.

They also suffer from restricted access to medical help, the internet, information and educational facilities. The right to life and from the prohibition of torture and other ill treatment as well as the rights to freedom of expression, association and assembly are protected under international law including the International Covenant on Civil and Political Rights to which India is a party.

Today’s panel discussion will evaluate how the situation in the region has deteriorated, as well as the recent developments relate to International Human Rights law.