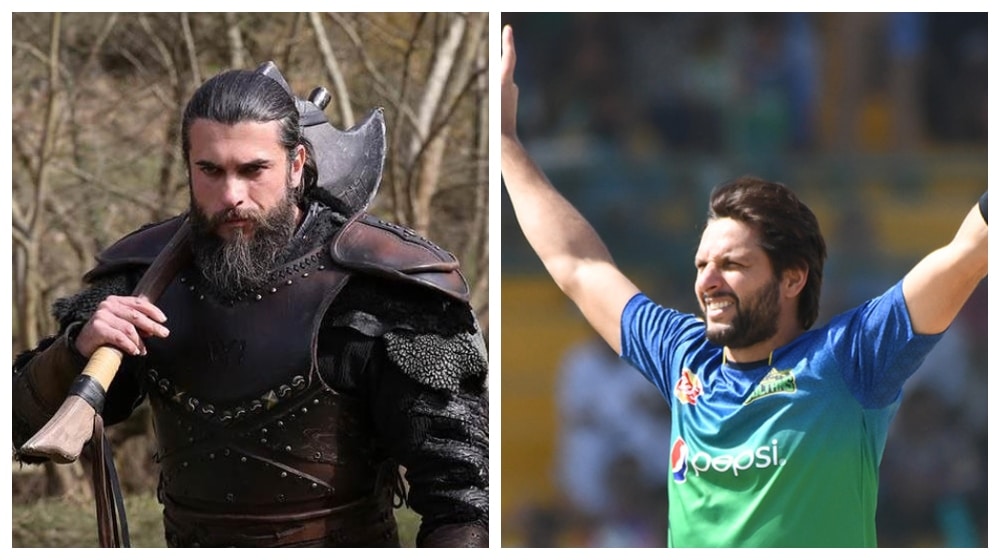 Turkish drama serial, Resurrection Ertugrul, has gained a lot of popularity in Pakistan and you know it’s worth watching when Shahid Afridi says he watched the whole show in 40 days.

Star all-rounder disclosed this in Waseem Badami’s 11th Hour a few days ago. His guests included Shahid Afridi and Cengiz Coşkun who plays the role of Turgut Alp in the Turkish historical drama.

Cengiz said he wants to learn cricket from Shahid Afridi.

When I will come to Pakistan, I want Lala to teach me how to play cricket. Can you do that for me?

Afridi said that he will not only host Cengiz but also teach him cricket. He also asked Cengiz to teach him how to use an ax in return to which both agreed. The legendary all-rounder also showed the famous ax that Turgut used in the drama serial.

Afridi told Turgut how he didn’t like the idea of over 500 episodes for a show because of a busy schedule, however, he finished it in just over a month once he started watching it.