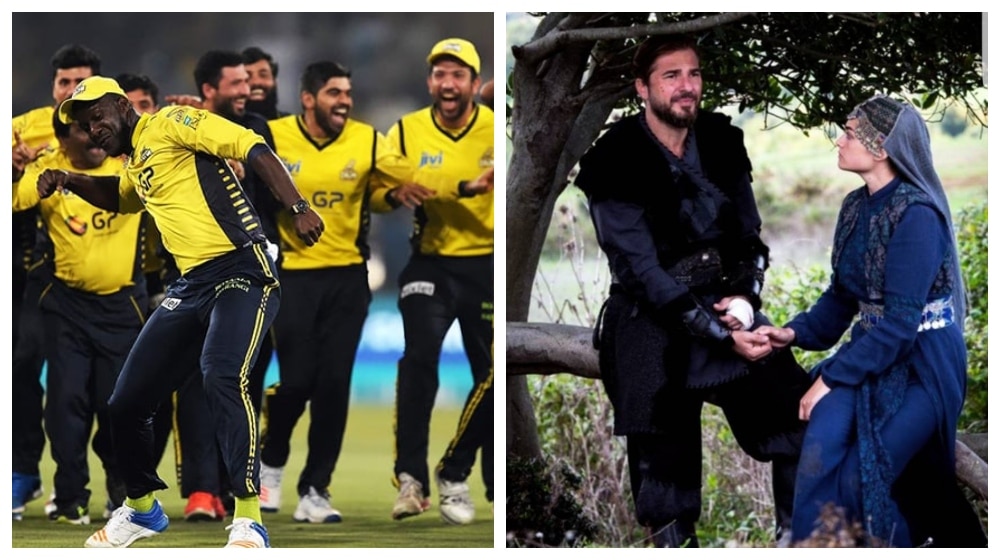 Turkish drama, Diriliş: Ertuğrul better known as Ertuğrul Ghazi, has gained a lot of popularity in Pakistan ever since it was aired on the national television on the directions of Prime Minister Imran Khan.

The show has been very well received in Pakistan and the amount of love the stars are getting is unprecedented. The cast have already promised to visit Pakistan once the COVID-19 situation gets better around the globe.

Esra Bilgiç, also known as Halime Sultan, the lead starlet, has already signed with a number of Pakistani brands.

Taking the love further, Javed Afridi, the owner of Peshawar Zalmi, has asked the fans whether they would like to see Engin Altan as the franchise’s brand ambassador. He asked the question on Facebook and the fans are loving the idea.

The team is already one of the most loved and if Ertugrul joins as a brand ambassador, the fan following is bound to skyrocket. The comments section of Javed Afridi’s post is full of interesting scenarios and jokes with some suggesting him to rope in Esra Bilgiç or else she will join Multan Sultans.

Some are saying the move will make Peshawar Zalmi look like a warrior team, requesting the lead actor to sport his outfit from season 5 in PSL matches. A number of die-hard fans of the other teams have already changed their favorite team following the proposition put forward by Javed Afridi.

“Fans will be riding horses in the streets of KPK along with their swords, chopping everything coming in front of them”, a fan commented. Another user suggested taking onboard Kurtoğlu as he will come up with a solid plan to win the trophy.

Do you want to see Engin Altan in PSL? Let us know in the comments section.