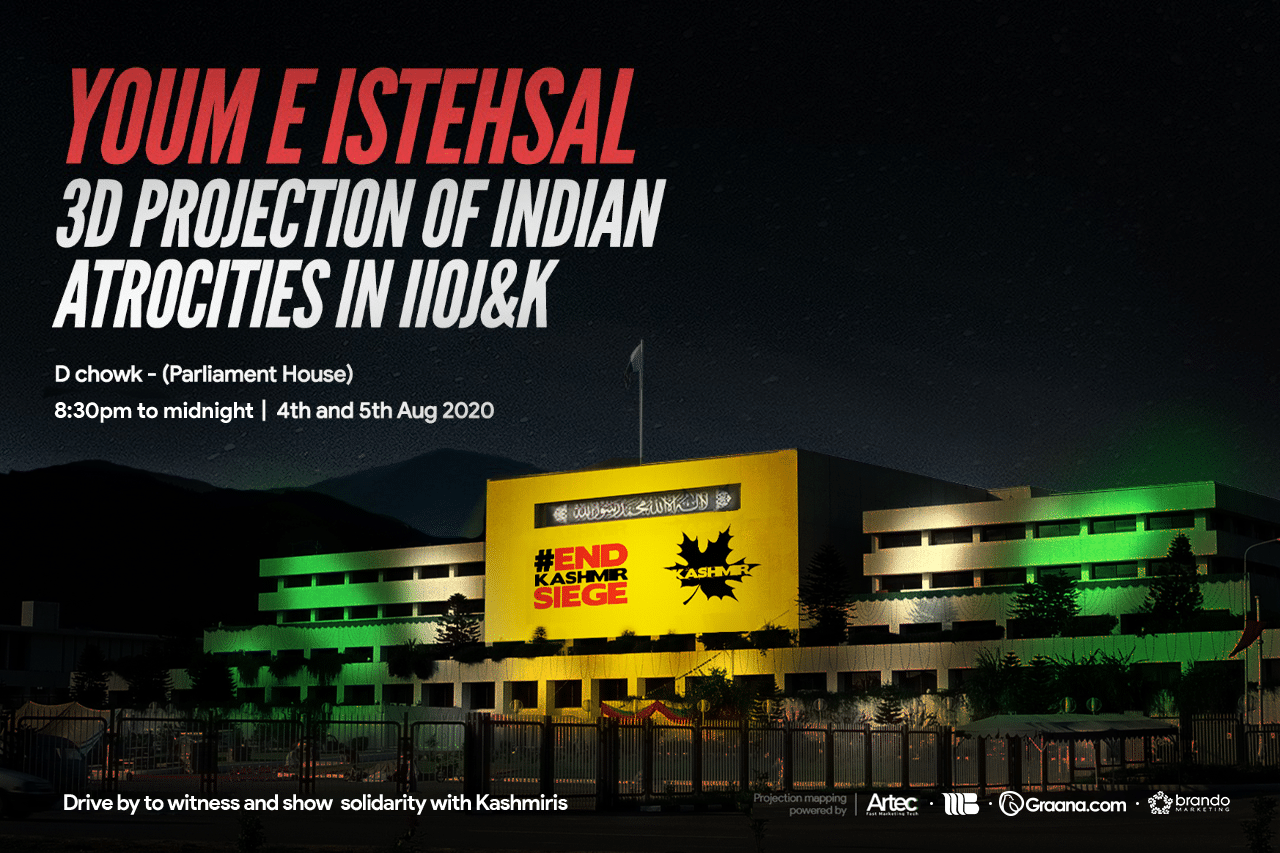 August 5 marks one year of brutality and ferocity imposed by the barbarous Indian military on the impeccant Kashmiris. Today, Pakistanis are observing Youm-e-Istehsal to showcase their distress and unanimity against the military siege of the Indian Illegally Occupied Jammu and Kashmir (IIOJK).

The primary intention behind ‘Youm-e-Istehsal’ is to reject the felonious and unconstitutional abrogation of the Indian military who are leaving no stone unturned to deprive the innocent Kashmiris of their basic civil and humanitarian rights. In this regard, Prime Minister of Pakistan, Imran Khan committed to play the role of an ambassador to the Kashmir cause and Kashmiris on both sides of the LOC.

I will continue to be an ambassador for all Kashmiris whose voices India has tried to silence through its brutal illegal occupation of IIOJK. After many years, my govt raised the Kashmir issue effectively before the UN & exposed the Hindutva Supremacist fascism of the Modi Govt

To raise the voice against the violence and callousness extended by the Indian military, the Government of Pakistan has organized a wide range of activities including 3D projection mapping on Parliament House building.

On the nights of August 4, 2020, and August 5, 2020, drive by the Parliament House to register protest against the Indian Illegal Occupation of Jammu and Kashmir (IIOJK), 08:30 PM to midnight.

The projections displayed at the Parliament House embody videos and anthems highlighting the hardships and struggles of Kashmiris.

The projection mapping event will take place in collaboration with Artec and Graana.com with hardware support by Mansha Brothers.