It is very unusual for Posco to participate in Pakistan LNG’s import tender, reported Reuters. This could mean that the South Korean company is trying to expand its third-party trading activities.

According to a notice on the company’s website, six companies were technically qualified for an import tender by Pakistan LNG to buy two cargoes of liquefied natural gas (LNG) for delivery in September. 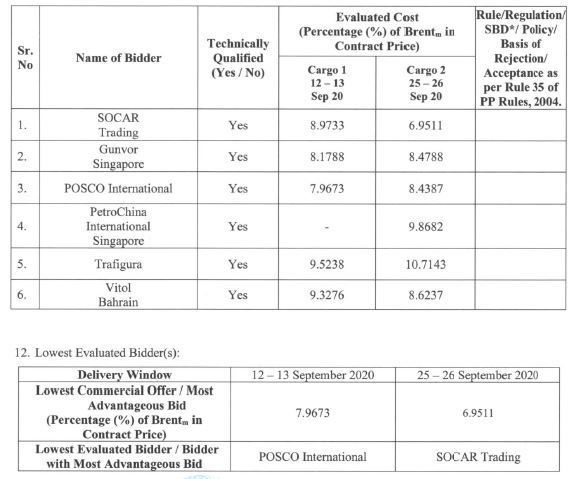 Gunvor Singapore, PetroChina International Singapore, Trafigura, Vitol Bahrain were the other companies that participated in the tender.

Pakistan is turning out to be one of the fastest-growing LNG markets in the world. The demand is still constrained as we speak because of low industrialization. Lower LNG prices are increasing demand whereas the sellers are now competing aggressively for tenders floated by Pakistan.

He added that the slope is falling along with the Brent in the last few months. Today is a buyer market also. The GOP is also fast-tracking third party access to LNG terminal & allowing sub-letting GOP contracted unutilized capacity.

“The dilution of the energy prices is the real game-changer for Pakistan and gives country timely deflationary & growth kicking impetus that has been missing in the last few years owing to rupee depreciation and menace of circular debt. The govt must – I repeat, must – capitalize on the movement and fast-track the operationalization of 3rd and 4th LNG terminals,” said Soomro.

Pakistan LNG has successfully arranged an additional cargo for mid-August on a competitive price. The August tender has been awarded to PetroChina International at a very short notice.

The cargo will be priced at 9.3421% of 3 months average of Brent which is a very interesting development in the sector.

According to a notice on the company’s website, three companies were technically qualified for an import tender by Pakistan LNG to buy an additional cargo. 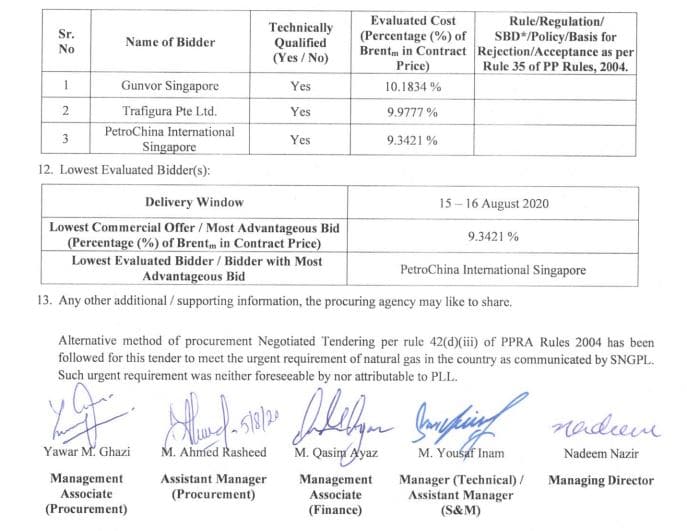 According to a market analyst, for the first time, Pakistan LNG tendered and procured a very prompt cargo within a week. Previous tenders would be open for over a month and took longer to award.