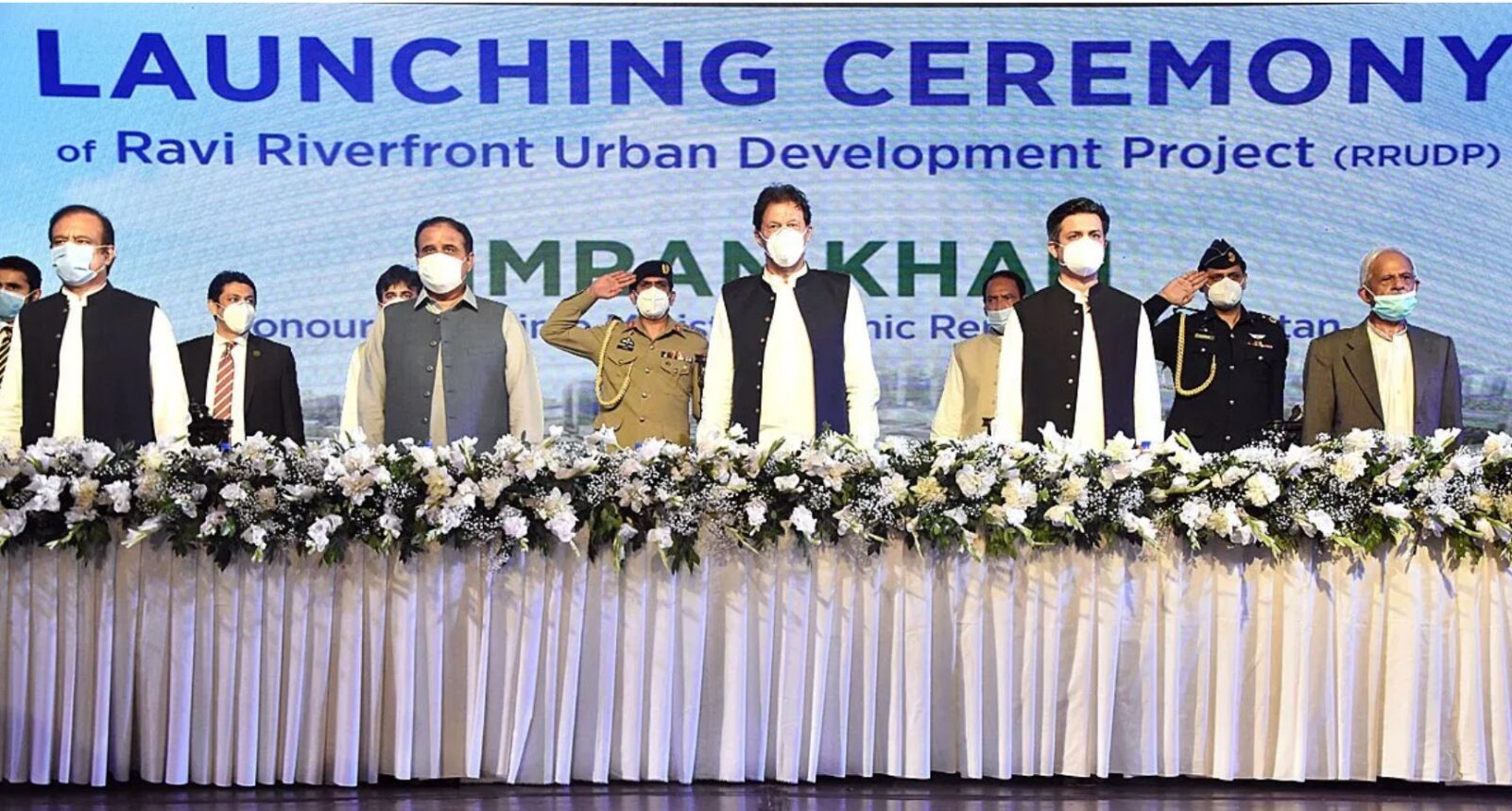 Prime Minister Imran Khan has launched the Rs. 5 trillion Ravi Urban Development Project to revive the lost glory of Lahore, which is struggling with pollution, sewage, and water shortage.

The project will rehabilitate and develop the dying river Ravi into a perennial freshwater body, with high-quality waterfront urban development. The modern city will have all facilities for its dwellers, besides a forest area with six million trees.

Addressing the ceremony, the prime minister said the modern city project was “Vital to save the historical city of Lahore from environmental challenges in the wake of unplanned settlements”.

Imran Khan said the project will be the second-largest planned city in Pakistan after Islamabad.

Today I felt great excitement in doing stone laying of Ravi City, one of the biggest mega projects we have launched in our history.This will save Lahore by stopping spread of unplanned urban sprawl, raise water table & revive River Ravi preventing it from becoming a sewerage nala

Over the past few decades, Lahore witnessed a deterioration in all civic services due to irregular expansion of the city, including waste disposal, provision of clean drinking water, electricity, gas, communication, etc.

He pointed out that the pollution in Lahore rose to an alarming level, obstructing sunlight in winters with the people suffering serious breathing problems.

Imran Khan regretted that river Ravi that once traversed through the city, eventually shrunk into a sewage nullah.

He expressed the hope that the new project that was abandoned for years, would restore the water table of Lahore that had dropped by 800 feet in 15 years. He said that barrages will be constructed on Ravi and sewage treatment plants along the river would be installed to feed clean water into the river.

He said the new city, which will have high-rise buildings to optimally utilize the land space, would be completed with the collaboration of private investors.

He invited overseas Pakistanis to benefit from the opportunity. The people might invest in the construction sector till December 31, 2020, as international obligations regarding documentation of the informal economy have been relaxed for Pakistan.

The prime minister said the project will provide employment and generate economic activity as the construction sector was linked with 40 other industries. It would also lead to wealth creation and help in poverty alleviation and provide more resources for health, education, and debt servicing.

He said that unlike the metro bus project of the previous government which required an annual subsidy of Rs. 28 billion, the current project would be self-sustaining.

Besides the new urban development project, the Naya Pakistan Housing project is continuing as planned and Pakistan is at a tipping point in terms of employment creation and development.