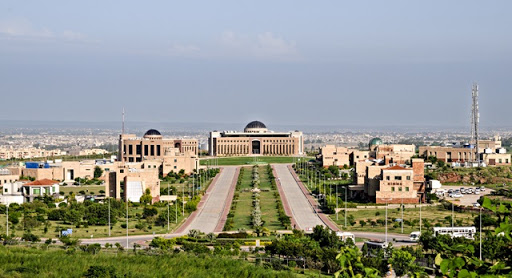 National University of Science and Technology’s (NUST) Rector, Lt-Gen (R) Naveed Zaman, has filed a defamation case at the Federal Investigation Agency (FIA) against 20 people. The case registered under Clause 20, 37 of Act 2016, amounts to a maximum punishment of three years in jail with Rs. 1 million fine.

Naveed says that he has been facing this insulting attitude for the last three years.

According to him, a group of 20 people has been tarnishing his name on social media by accusing him of being ‘relieved’ from the army in 2016 on corruption charges – an accusation denied by the former Director-General Inter-Services Public Relations (ISPR), Asim Bajwa.

In his petition, he contended that he had submitted the first complaint in 2017, but no action was taken, and the defamation campaign against him is still going.

Naveed claims that a political party is pushing the false propaganda against him, which, according to him, is part of the fifth-generation warfare against the armed forces of Pakistan.

He requested the concerned authorities to take stern action against those who are tarnishing his and the Pak Army’s reputation.