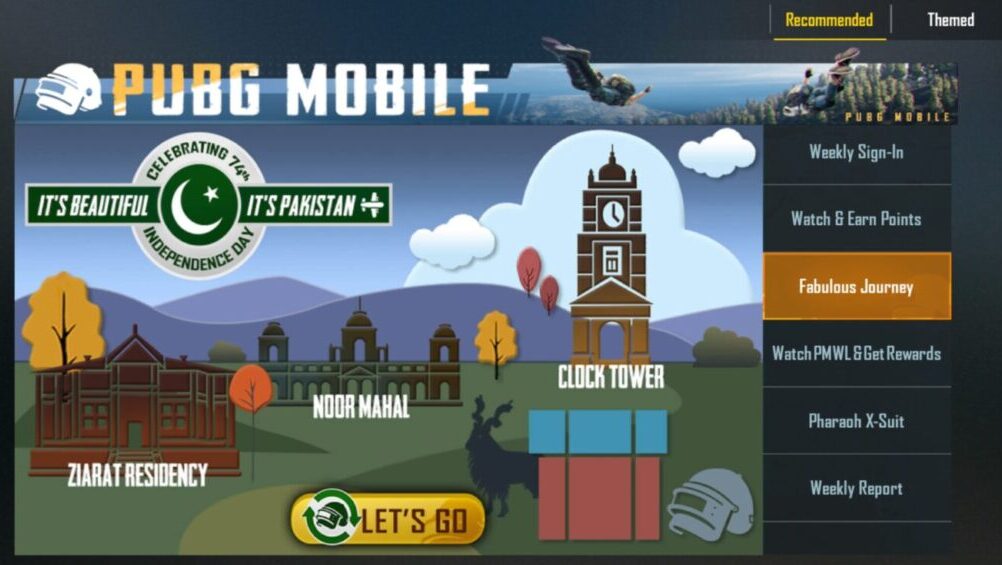 PUBG Mobile is Getting a Brand New Pharaoh Update

In order to compete in the event, players will have to complete two matches in classic mode or kill 5 enemies in the arena. As the players score, they will be rewarded flip points and will go along a map lined up with several tourist spots in Pakistan such as Chitral National Park, Badshahi Mosque, Noor Mahal, Clock Tower, and more.

There are special rewards for the exclusive event as well. There will be new Royal Pass cards to collect, exclusive outfits, parachutes, bag skins, and much more.

The exclusive Pakistani event is to celebrate the 74th Independence Day comes right after the game was unbanned in the country. The game got banned last month due to controversy regarding it inciting addictive behavior. However, as soon as it was banned, the Prime Minister started receiving endless tweets speaking against the ban and the Islamabad High Court soon gave orders to unban the video game.