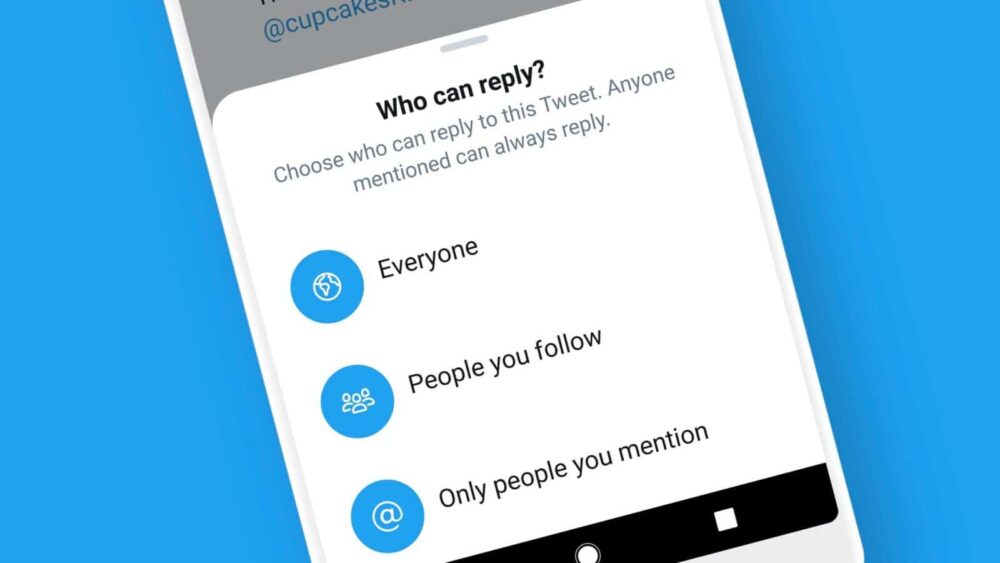 Twitter is finally rolling out its reply limiting feature for everyone to increase the amount of “meaningful conversations” and to help people weed out abuse and spam in their replies. As the name suggests, this feature will let you limit who replies to your Tweets. If you pick the third option from the list and mention no one in the tweet, it will let you create a tweet or a thread with no replies at all. Those who cannot reply to the tweet will only see a greyed out icon. They can still, however, view the tweet, retweet with comments, or “like” it.

Twitter has been experimenting with this feature since May this year and observed a significant decrease in mute and block options used and lesser unwanted direct messages as a result of this feature.

Twitter rolled out the feature to iOS last week, but now it is becoming available for everyone including Android users and the website itself.