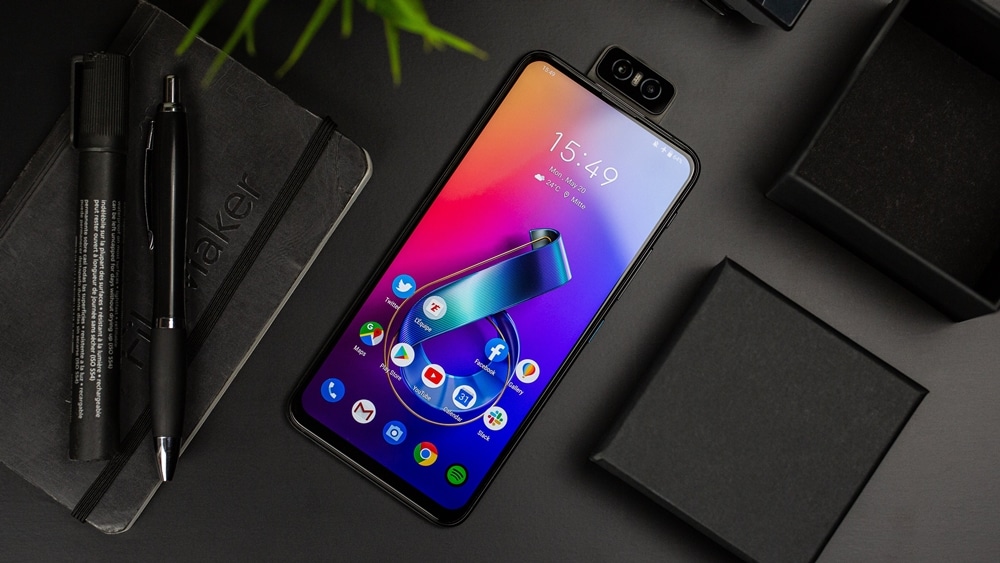 The Taiwanese Smartphone OEM ASUS is gearing up to launch one of its most important Smartphones of the year, i.e., ASUS Zenfone 7, on 26th August.

Unlike most flagships, the Zenfone 7 has not been leaked. As of now, the only information we have is how much the smartphone will cost and some design details revealed by the official teaser video. Hence, most of the smartphone’s specifications will be a surprise.

Moving on to the teaser now. Rumors suggested that the upcoming Zenfone will keep the flip camera design of the Zenfone 6, a new official teaser has now confirms it. The six-second-long video was posted on Twitter by the official ASUS Deutschland (@asusde) account.

The video reveals a spotless flat display with practically non-existent bezels. It can be the same type of Nano Edge Display that we saw in Zenfone 6. The most important reveal comes at the end of the video as the words “Flip Deine Welt” appear on the screen, which translates to “Flip Your World”. The tweet also has a similar hashtag pointing at Zenfone 6-like flip cameras.

Later, the same video on its official global account. We are expecting more teasers and official announcements as the launch date nears.