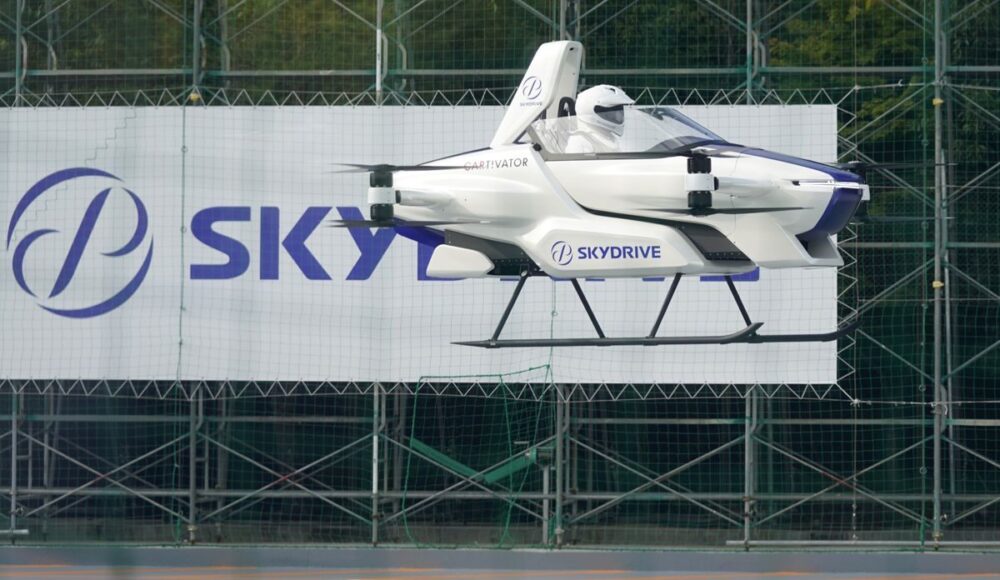 SkyDrive, a project of a Japanese tech-startup known as Cartivator, took its first flight in front of the general public. It was a piloted test flight that was done around Toyota’s test field, as the automaker is reportedly offering support to the startup to help them get the aerial vehicles up and running before the Olympics.

Called the SkyDrive SD-03, it is reportedly the smallest electric Vertical Take-off and Landing (VTOL) vehicle in the world, being just 2.9 meters long. In terms of performance, the vehicle shall be able to fly 10 meters (33 feet) above the ground and go at speeds of up to 100 kilometers per hour.

The “Skydrive SD-03” has been conceived by Cartivator, a tech-startup of around 30 young volunteers that are working under the supervision of a drone expert, Masafumi Miwa from Tokushima University in Japan. The project has received a lot of fame and positive support from huge entities in the country.

Toyota has contributed approximately 40 million yen ($353,000) to the team and offered the expert services of the company’s own team of mechanical engineers. The startup has also received the support from Taizo Sun, the owner of a Japanese web game developer GungHo Online Entertainment. Also, an estimated 2.5 million yen ($22,000) have also been gathered through crowdfunding.

However, reports say that it could be some time before the SkyDrive flying cars are available for the general public, as the startup is still seeking approval for flights beyond the test field by the end of 2020. Furthermore, a two-seat commercial machine is expected to be ready by 2023. Still, it is a major and promising step in the direction of flying vehicles, as it is also likely to coincide with the launch of Japan’s aerial taxi service.