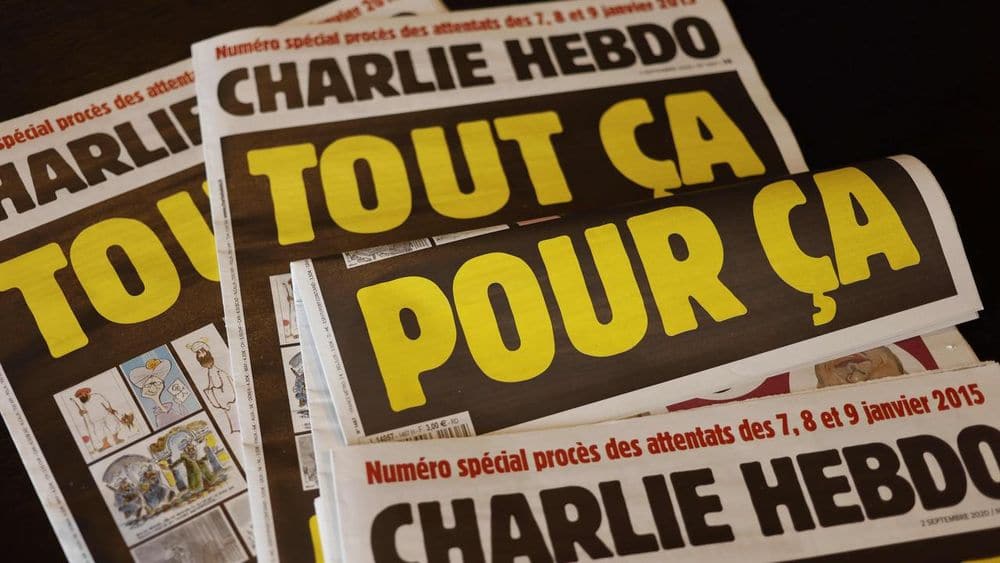 The blasphemous cartoons will be published today in the French weekly as a trial linked to the killing of 12 members of its staff in 2015 by extremists begins. Back in 2015, Yemen-based Al-Aqida gunmen dunned downed satirical newspaper’s staff, killing 12 and wounding another dozen.

The reason behind the attack was the newspaper’s publishing of Prophet Muhammad’s (S.A.W.) caricatures in 2006 portraying him as an extremist. Before that, the same cartoons were printed in a Danish magazine, sparking anger among Muslims across the globe.

Marking the 5th anniversary of the incident, the publishing director, Laurent Sourisseau, who was also wounded in the attack, said:

We will never give up. The hatred that struck us is still there and, since 2015, it has taken the time to mutate, to change its appearance, to go unnoticed and to quietly continue its ruthless crusade. The only reasons not to reprint the cartoons stem from political or journalistic cowardice.

In one of the cartoons, Prophet Muhammad (S.A.W.) can be seen wearing a bomb-shaped turban. French President, Emmanuel Macron, has also refused to condemn the reprinting of blasphemous cartoons, adding that although he wants people to be respectful to each other, he won’t criticize the decision to republish the images.

Social media is full of hatred for the French weekly as #ShameOnCharlieHebdo is one of the top trends in Pakistan. Let’s have a look at what people are saying about the matter:

I strongly condemn it. I urge President of France to intervene

This is a deliberate attempt to offend the 1.8 billion Muslims worldwide.#ShameOnCharlieHebdo

PLEASE EVERYONE RT THIS

A deliberate attempt to provoke millions of muslims around the globe.
This is hate speech and NOT freedom of speech!#ShameOnCharlieHebdo pic.twitter.com/Q5m9NFEwcA

– Totally unacceptable!! These kinds of acts must be stopped. We will fight against them. @ImranKhanPTI #ShameOnCharlieHebdo

Wow! what a gesture of tolerance by so-called peaceful people who are actually white racist, supremacist, islamophobic & war hysterical.

Not able to find peace for themselves, so trying to destroy others. #shameoncharliehebdo @Charlie_Hebdo_ https://t.co/YiRWBbVCH3

Please report this account @Charlie_Hebdo_
This is a french magazine that publishes cartoons of our HOLY PROPHET S.A.W and also shares them on twitter/other social platforms.#shameoncharliehebdo https://t.co/VoEsDUFmZ2