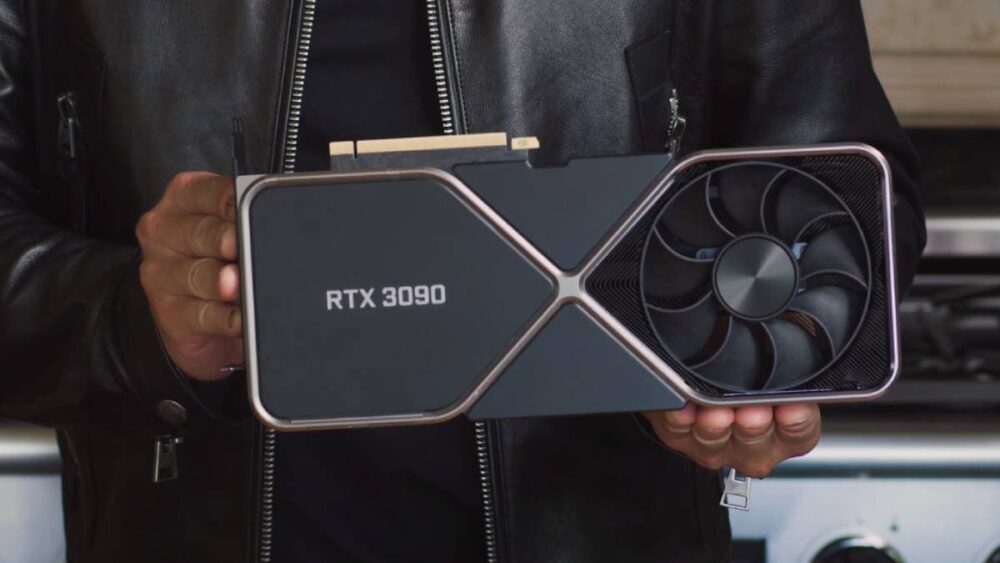 Nvidia’s highly acclaimed 3000 series of flagship desktop GPUs has finally been unveiled, but the American chipmaker also had a surprise announcement up its sleeve (a surprise that had been leaked). Other than the expected 3060, 3070, and 3080 graphics cards, Nvidia also revealed the new RTX 3090, a monster of a GPU capable of 8K 60FPS gaming with a huge 24GB of GDDR6X memory.

This GPU is based on Nvidia’s Ampere architecture that brings incredible gains for PC gaming and ray tracing compared to the last generation. The RTX 3090 comes with 10,496 CUDA cores, a boost clock of 1.70GHz, and 24GB of GDDR6X memory. It is the world’s first GPU capable of 8K 60FPS gaming with support for HDMI 2.1, 8K HDR ShadowPlay, and much more. 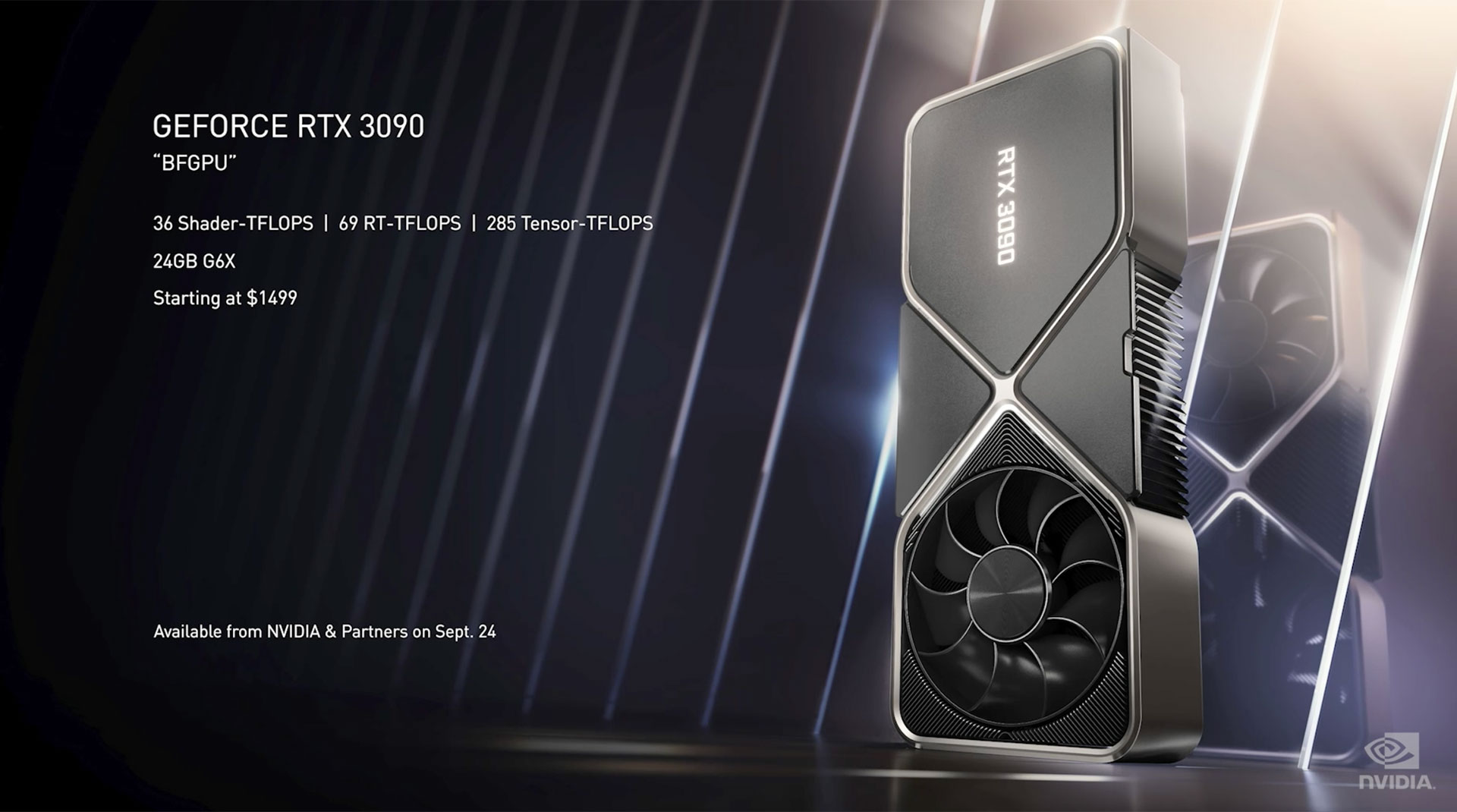 Nvidia is calling it the “BFGPU” (Big Ferocious GPU), and right fully so, which is a reference to the biggest gun in Doom, the BFG9000. It is a huge card that requires 3 slots to operate but will come with a silencer that will make it 10 times quieter than the current Titan RTX card. It will also be 50% faster than the Titan RTX GPU and need around 350 watts of power under load.

Performance benchmarks are yet to appear for the Nvidia 3000 series, and only then will we truly get to see the real life gains in performance compared to the last generation. The Nvidia RTX 3090 will start shipping on September 24th for, a somewhat reasonable price of, $1,499.