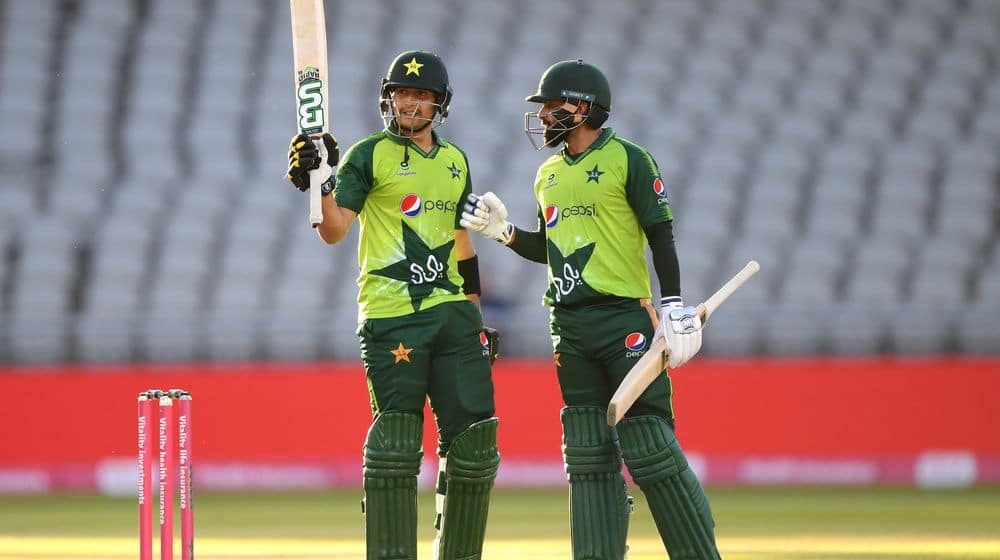 Every Pakistani cricket fan lost his cool when Haris Rauf got slammed for six on the penultimate ball, leaving 6 to defend off the last ball of the series. Thankfully, he followed it up with a wide fuller one and Tom Curran failed to connect, giving Pakistan the much-needed first win on the tour.

It was a perfect blend of seniors and youngsters who helped Pakistan square the series. In the batting department, it was Haider Ali’s brilliant half-century on debut and Mohammad Hafeez’s fiery knock of 86* while Wahab Riaz came good with the ball when Babar Azam needed him the most. With only 20 to defend in the last two overs, the left-arm pacer gave away only 3 runs to take the pressure off Haris Rauf.

After posting 190/4 thanks to a 100-run partnership between Haider and Hafeez, Wahab and Shaheen took two wickets apiece while Imad Wasim and Haris Rauf removed one batsman each.

Tom Banton provided a brisk start, smashing 46 from 31, however, wickets at regular intervals kept Pakistan on top. Moeen Ali’s return to form with a scintillating 61 off 31 gave Pakistani fans quite a bit of scare, however, he failed to get his team over the line.

Mohammad Hafeez was declared both the man of the match and the series for his outstanding performance with the bat.