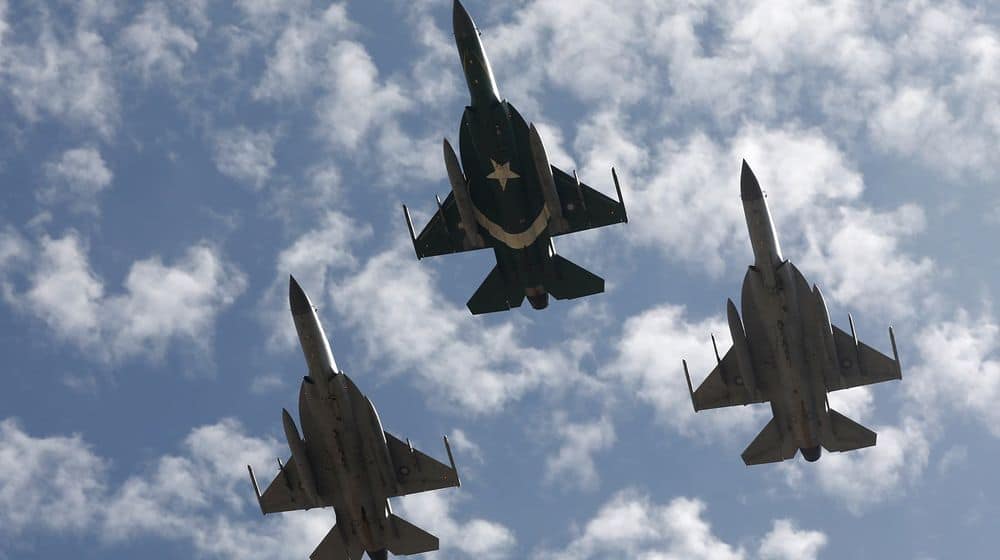 7th September is observed as annual Pakistan Air Force Day to celebrate the efforts of PAF in defending the country in the 1965 Indo-Pak war.

One of the most notable incidences of the war was MM Alam’s record as he shot down five Indian warplanes in less than a minute on 7th September in response to India’s raid on Lahore. For his valor, the Air Force pilot was awarded the Sitara-e-Jurat. In his F-86 Sabre, MM Alam downed a total of 9 Hawker Hunters including 2 probable kills.

The day is celebrated each year with great zeal and fervor across the country. #PakistanAirForceDay, #MujahideeneAflakKoSalam, and #AirForceDay are all top trends on Twitter as the nation pays tribute to the martyrs of Air Force and national heroes who left no stone unturned to defend their motherland.

Let’s have a look at some of the tweets in this regard:

Little Dragon 🔥🇵🇰
on 7 September 1965, MMAlam downed 5 Indian aircraft in less than a minute, the last four within 30 seconds, establishing a world record, with total of 9 aircraft downed in the war.#MujahideeneAflakKoSalam#PakistanAirForceDay pic.twitter.com/musbLPMW7K

A country without a strong Air Force is at the mercy of any aggressor. It must be an efficient Air Force
"Second To None".
Quaid-e-Azam Muhammad Ali Jinnah.#PakistanAirForceDay#7September
#MujahideeneAflakKoSalam pic.twitter.com/M4EFDBF94z

We still have young, energetic, brave pilots like "MM Alam" in our brave air force & "Hassan Siddiqui" is a bright example of it.#HassanSiddiqui you haven't just won these awards but also our " Hearts" 💚🇵🇰#PakistanAirForceDay#MujahideeneAflakKoSalampic.twitter.com/S8QYDO8fEX

#PakistanAirForceDay
As Pakistan Armed Forces are in a state of war with the extremist elements on our western borders particularly, PAF has yet again proved its metal in wiping out the terrorists safe havens in the mountainous region of FATA.

#PakistanAirForceDay
Maryam Mukhtar has told us that Men and women are equally brave.We are proud of Great Maryam Mukhtar.

From M.M alam's 5 Hunts in 45 secs in 1965 to abhinandan's tea in Feb,2019 PAF has done a fantastic job . #PakistanAirForceDay pic.twitter.com/zaVNEz2ptd

#PakistanAirForceDay
Not to forget agile M.M. Alam called “Peanut Alam” (due to his small body frame) by his comrades, who displayed what actual giants were made of, as he sliced into the enemy formations, dishing out physical as well as psychological destruction. pic.twitter.com/vz4hZRaAMl

Sept 7 reminds us of the bravery and courage of the Pakistan Air Force. On this day, the #PAF made a new history by destroying the air power of the enemy. Today, on Air Force Day, the entire nation pays homage to the falcons of the #PAF#PakistanAirForceDay #OurMartyrsOurHeroes pic.twitter.com/qtAogU9X2S

Our skies are protected by Shaheens.
This day we salute our Air Force for always being the pride of Pakistan.#PakistanAirForceDay pic.twitter.com/UAWaZSZ9u1