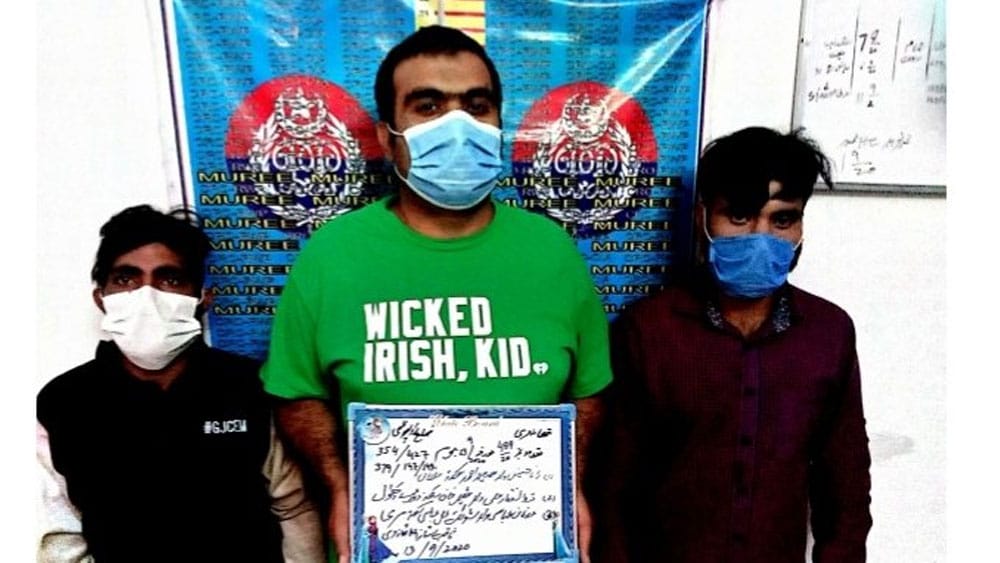 Rawalpindi Police have arrested the staff members of Gloria Jeans at Murree Expressway that attacked and abused a tourist couple on the weekend.

The incident occurred on Saturday night when three staff members of the coffee house beat a man and his pregnant wife after they stopped by to perform their prayers and stayed there without ordering anything.

The couple was initially abused and then attacked, however, one of the visitors recorded the whole incident on a mobile camera. The video that went viral on the internet has caused a countrywide outrage against the coffee chain with social media calling to boycotting Murree.

Staff of #GloriaJean'sCoffees in Murree manhandled and tortured a family for using their washroom
Once an attractive place for tourists is rapidly falling into hands of a bunch goons, while local administration keeps looking the other way as usual.. pic.twitter.com/AHipEykRGW

At the start of the video, the man can be heard shouting, “My wife is pregnant,” however, the workers kept physically assaulting her.

Following an uproar on social media, Chief Minister, Usman Buzdar took notice of the incident and directed the Chief Commissioner Rawalpindindi and Regional Police Officer (RPO) to submit a detailed report in this regard.

The directive was followed by swift action by the Police who arrested the workers.

Rawalpindi Police announced the arrest on its Twitter handle, saying:

A case was registered against the management and employees at the request of the victim, Ali Tauqeer. Police are also carrying out raids to arrest other accused.