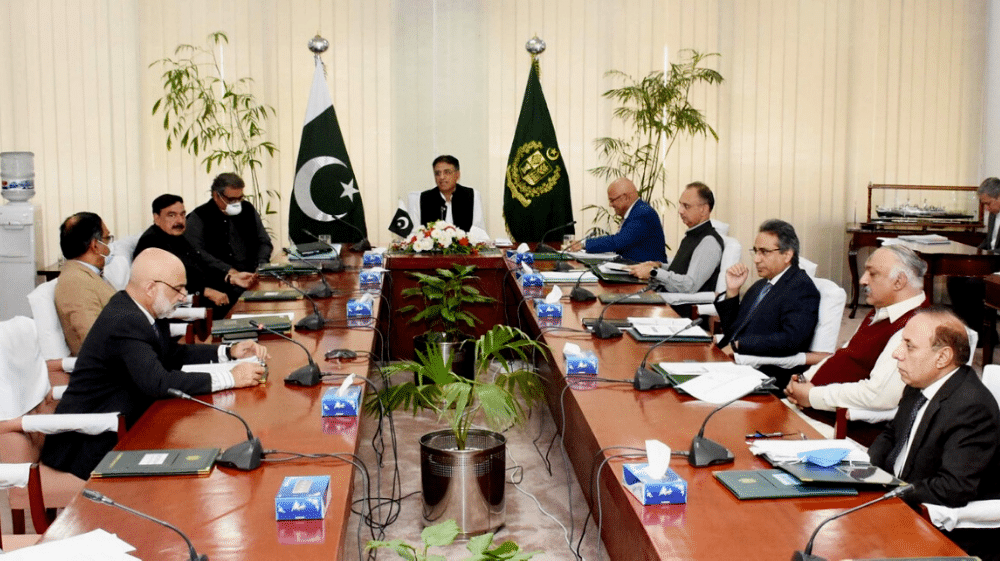 Cabinet Committee on Energy (CCOE) has decided that from January 2022, the 66 percent of Take-or-Pay under the GSAs will be removed and the gas companies will be free to market and sell the additional gas to other customers.

This was decided in a meeting of the CCOE held on Friday, with Federal Minister for Planning, Development and Special Initiatives Asad Umar in the chair. Petroleum Division will take all mitigation measures to reduce the cost impact on the gas sector and to avoid the build-up of liabilities. The government will fund any revenue shortfall for the publicly listed companies, if required, the meeting decided.

The committee on energy was discussing the proposal of the Power Division for waiver of a minimum 66 percent Take-or-Pay commitment in Power Purchase Agreements (PPAs) and GSAs of Re-Gasified Liquefied Natural Gas (RLNG) plants and Firm Gas Commitment to be finalized based on the Annual Production Plan of Power Sector.

Previously, this LNG was loaded on the PPAs of Government-owned Independent Power Producers (IPPs) as Take-or-Pay commitment at 66 percent of the plant capacity. These plants had to be run at this capacity even if there were cheaper options available due to such contracts, thus making the electricity unaffordable. Changing the contacts structure will not only make the electricity cheaper but also reduce the circular debt buildup in the coming years.

The planning minister said that this measure would bring overall efficiency in the energy sector. He also said that a sustainable and affordable supply of electricity and gas is the cornerstone for the overall socio-economic development of the country and a number of steps were being taken in this regard.