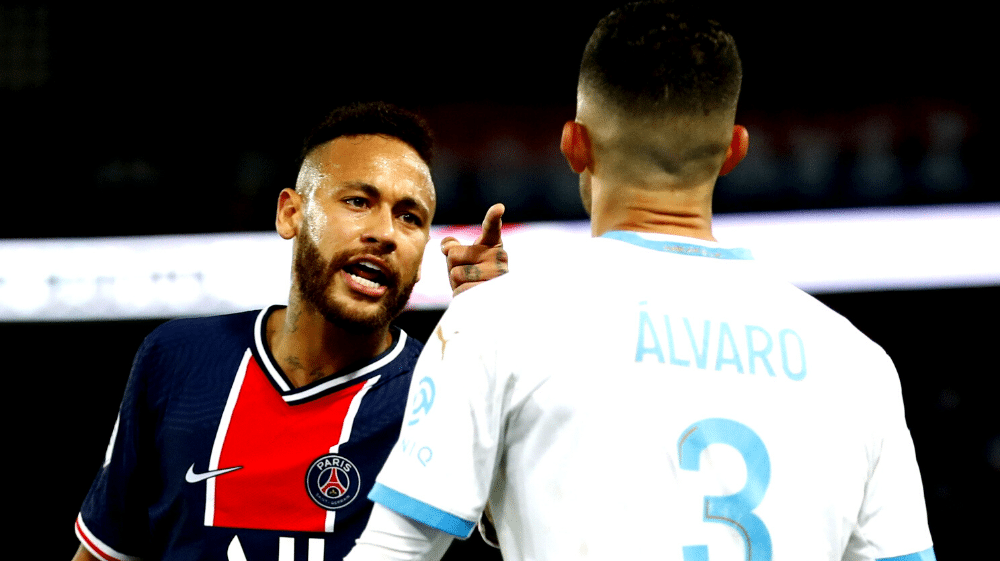 Neymar was sent off after slapping Olympique De Marseille defender, Alvaro Gonzalez, in a feisty match on Sunday. The defending champions lost to Marseille 1-0 in a match that saw five players sent off after things got ugly in the middle.

Neymar, Layvin Kurzawa, and Leandro Paredes of PSG received red-cards after a fight broke out between the two teams in the final moments of the match. After the match, Neymar tweeted that Gonzalez hurled racist abuse at him during the game which led to the Brazilian slapping him at the back of the head.

During the match, Neymar also complained about Gonzalez’s racist behavior.

The French football authorities have initiated an investigation into Neymar’s claim of racist abuse. LFP said that they will analyze the match footage to observe what actually happened between the two players.

The accused player Gonzalez, on the other hand, tweeted that he did not use a racial slur and said that there is no room for racism in football.

French football authorities also summoned Argentinian footballer, Angel Di Maria, who was accused of spitting at Alvaro Gonzalez. The incident is under review and the final decision will be made after a complete investigation.