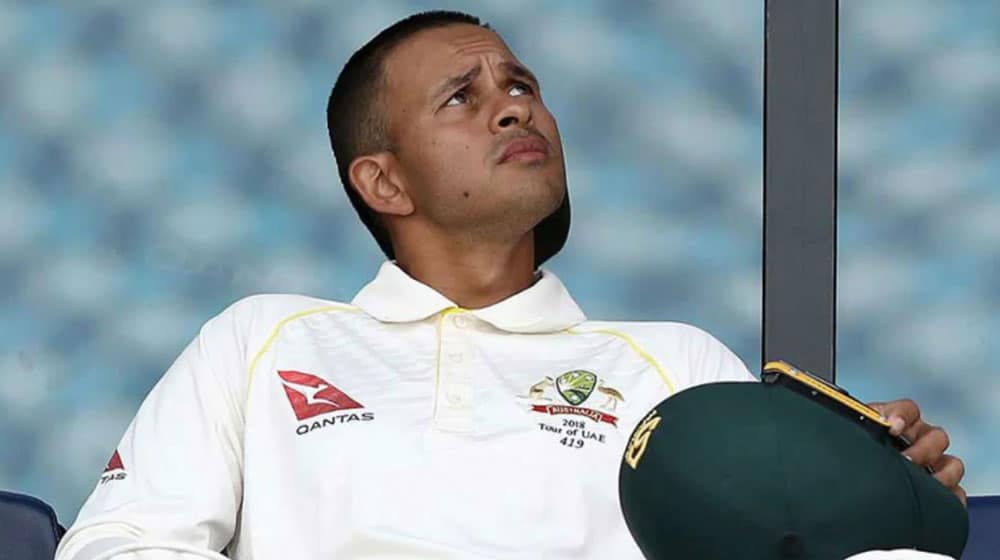 Left-handed top-order batsman, Usman Khawaja, has also opened up about the issue of racism in Australian cricket.

Born in Pakistan, Khawaja’s parents moved to Australia when he was five. The left-hander rose through the ranks and made his way into Australia’s national cricket team.

Making his international debut in 2011, Khawaja has played 93 international matches for Australia. He was part of the Ashes-winning squad last year.

In a recent interview with cricket.com.au, the 33-year-old revealed that he is often referred to as a ‘lazy’ cricketer, partly because of his sub-continent background.

I always had that ‘lazy’ undertone when I was growing up, and I think part of that was my relaxed nature, but part of it was also because I was Pakistani.

Khawaja noted that subcontinent people are seen as lazy, as they ‘avoid doing the hard yards and whatnot.’ He said running has never been his forte which is the reason why he is not as good as others during the fitness sessions.

When you put that against where I was from, that did play against me. I like to think we’re starting to move on from that, but there’s definitely still that undertone … I still hear (similar stereotypes), if someone’s a bit different.

Khawaja also wished to become a role model to be looked upon by kids coming from different cultural backgrounds.