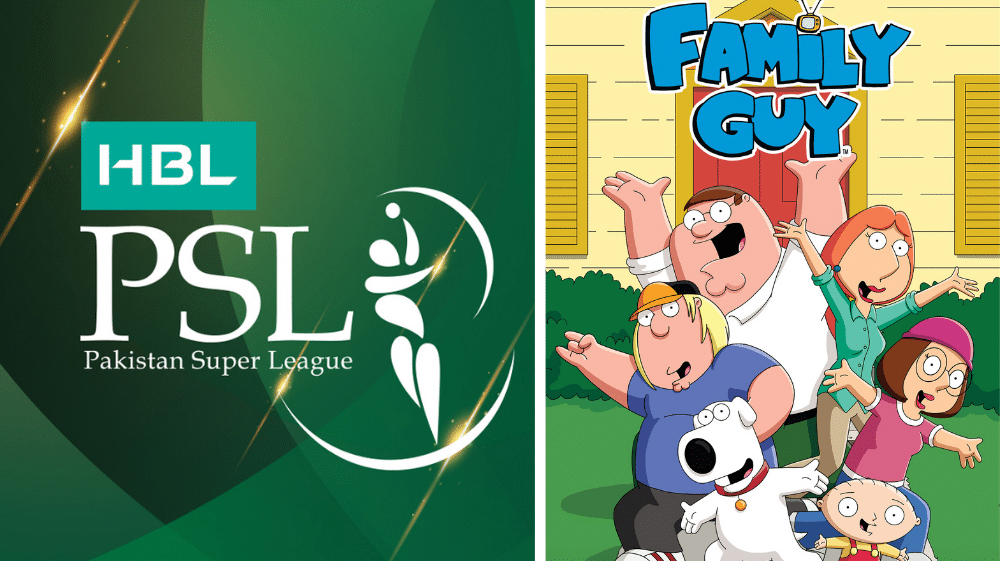 Ever since its inception five years ago, Pakistan Super League (PSL) has grasped the attention of every cricket fan around the world. Now, the PSL fever has reached mainstream American television as well.

The 19th season opener of the famous animated sitcom, Family Guy, started with a joke about PSL teams Lahore Qalandars and Karachi Kings. Although Family Guy has a history of including real-life events and situations, this bit about PSL came as a surprise for many Pakistani fans of the show.

Check out the video below:

This season's Family Guy premiere launches with a joke about Karachi Kings and Lahore Qalanders pic.twitter.com/ipWCVGJ8wQ

The characters joke about how Lahore Qalandars’ fans are praising and defending their team even if no is interested. Meanwhile, Karachi Kings fans are in the hiding to avoid any mishap for supporting the “wrong” team.

Family Guy now in its nineteenth season having first premiered on television back in 1999 and has been widely acclaimed since then. It has won 3 Primetime Emmy Awards and was the first animated sitcom to be nominated for Primetime Emmy Award for Outstanding Comedy Series since The Flintstones in 1961.

One of the most competitive and star-studded leagues, PSL is now getting the attention it deserves around the world.