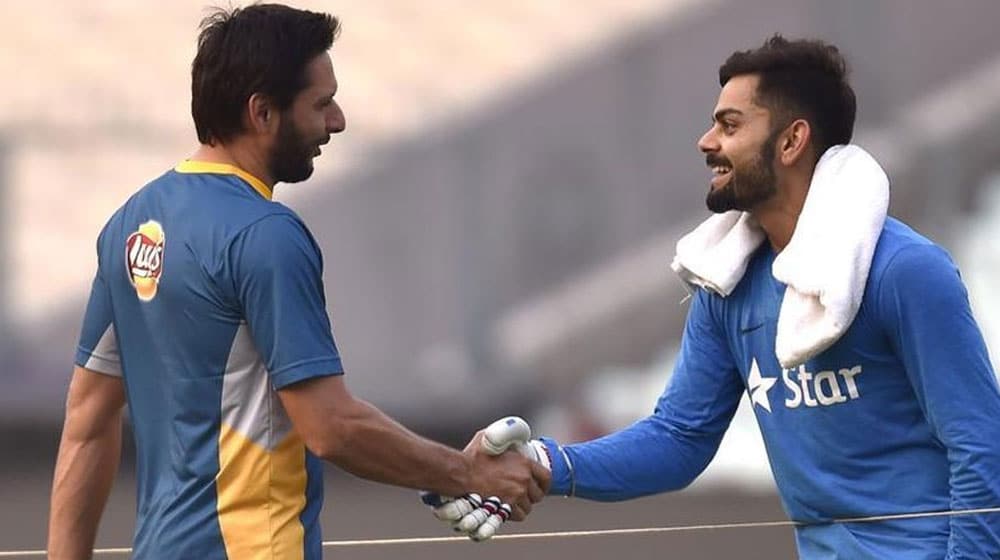 Former captain and star all-rounder, Shahid Afridi, believes that Pakistani cricketers should be included in the Indian Premier League (IPL).

During an interview with an international publication, Afridi said that the national players are missing out on a big opportunity by not playing the IPL.

I know that IPL is a very big brand in the world of cricket and it is an excellent opportunity for, whether it’s Babar Azam or many other Pakistani players to go there [to India] and play under pressure and share dressing rooms. So in my opinion Pakistani players are missing a big opportunity.

US Embassy to Start Issuing Student Visas in Pakistan From October

The 40-year-old, known as ‘Boom Boom,’ told Arab News that bilateral cricket ties between the neighboring countries will not normalize until Narendra Modi is in power.

The government of Pakistan is always ready but with the present regime in India, there are no such chances of [resuming] cricket relations, of [Pakistan-India] series. With Modi in power, I don’t see it’s going to happen.

The former Pakistan skipper said that he always loved to play cricket in India and also appreciated the love and support he received from the fans over the years.

Even now, on social media, I get many messages from India and I respond to many people too. I believe that my overall experience in India has been excellent.

The IPL 2020, initially scheduled for March, was rescheduled for September-October in the United Arab Emirates (UAE) due to the pandemic situation in India. The matches are being played in Dubai, Abu Dhabi, and Sharjah, behind closed doors due to Covid-19.