Adviser to the Prime Minister on Finance and Revenue Dr. Abdul Hafeez Shaikh chaired the meeting of the Economic Coordination Committee of the Cabinet, here at the Cabinet Division.

The Ministry of Industries and Production had brought a summary to the ECC on the retrenchment plan of Pakistan Steel Mills (PSM) aligned with the legal framework of relevant labour laws. The retrenchment plan has been prepared to reduce the financial burden on the Government and a report on the same has been presented in the Honourable Supreme Court of Pakistan (SCP).

As the process is long one, ECC was requested to start the implementation of the Retrenchment plan on an immediate basis by allocating Rs. 19,656.213 million to initiate the process in the light of the report submitted by PSM in the Supreme Court of Pakistan. ECC approved the request.

Another summary about Pakistan Steel Mills was brought to the ECC in which the forum was informed that the Supreme Court has directed that an amount of Rs. 11.680 billion may be deposited with the Supreme Court to pay off the liabilities of the non-litigants who have retired from PSM till 18th May 2020.

ECC in an earlier meeting asked the Ministry of Industries and Production to submit the list of non- litigants and their dues. It was briefed to the ECC that there are 3,978 retired employees who are non-litigant.

Ministry of Commerce, through a summary, requested the ECC to reduce the margin of commission of Trade Corporation of Pakistan (TCP) on the import of wheat and sugar to 0.75 percent from the existing 2 percent. ECC approved the request of the Ministry of Commerce.

It was before the discussion on the summary that the Chair directed that as the matter of availability of wheat is crucial so there should be an update on the issue as the starter in each meeting of the ECC. Chairman ECC also expressed concern over the different numbers that kept on coming up from different quarters as per the need and availability gap of the commodity.

He directed that the Ministry of Food Security after consultation with all the relevant stakeholders should inform the public on the matter with figures on the stock available and being brought into the country from different government and private sector channels to meet any future demand supply gap.

For the management and maintenance of Gurdwara Darbar Sahib, Kartarpur, ECC allowed establishing a Project Management Unit (PMU), with the creation of 126 posts and recurring budget and other costs to make PMU a self-financing body under the administrative control of the Evacuee Trust Property Board (ETPB).

ECC also allowed (in principle) the conversion of National Highway Authority (NHA) loans into government grants on the presentation of an operational and corporatization plan for NHA. The Minister for Planning shall oversee the preparation of this plan.

The request of NHA was approved on the ground that the projects selected by NHA for execution are not purely on financial viability, and those projects which are executed in remote areas have very less revenue generation potential but these are executed as social development projects.

ECC approved the request of the Ministry of Energy to allow gas/re-gasified liquefied natural gas (RLNG) supply to industrial sector – including exporters of five zero-rated sectors namely textile (including jute), carpets, leather, sports and surgical goods. In order to avoid curtailment of gas to these industries, which are heavily reliant on gas, supply of LNG will be made available to the industrial sector to ease up pressure on the Sui Southern Gas Company Limited (SSGC) system.

Starting from October 2020, gas supplies would be reduced to 50 percent for both Saturdays and Sundays to the export sector for two consecutive weekends and possibly the third weekend, in order to build sustainable gas pressures in SSGC’s system. Once this is done there will be no curtailment on Sundays.

The weighted average tariff will be charged at Rs 930/MMBTU till February 2021. From March 2021 onwards notified domestic tariff would be charged unless an alternate mechanism is devised and approved by that time. ECC approved the increase in natural gas sale price for commercial consumers (excluding domestic customers, tandoor).

ECC decided that the increase should not be more than one-third of the Gas Infrastructure Development Cess (GIDC) which was imposed till August 2020. ECC also approved increase of Rs. 20 per month as meter rent for domestic consumers for both gas companies. ECC decided to rationalize the tariff of the power sector-FCA and quarterly adjustments which were due for the period from November 2019 to June 2020.

According to the decision, there would have been a price increase in tariff to the tune of Rs.1.62/ kWh but the forum also decided to add subsidy to the price for the end consumers that comes to about Rs. 1.30/kWh, so the net increase that will be passed on to the consumers of electricity up to 200 units will only be Rs. 0.32 (32 paisas). 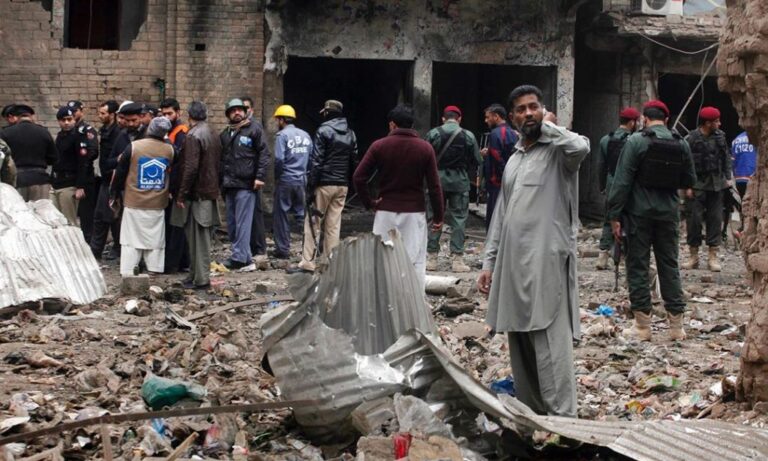 Pakistani Celebrities Express Their Grief Over The Peshawar Bomb Blast

Shoaib Akhtar Denies Rumors About A Biopic Based …