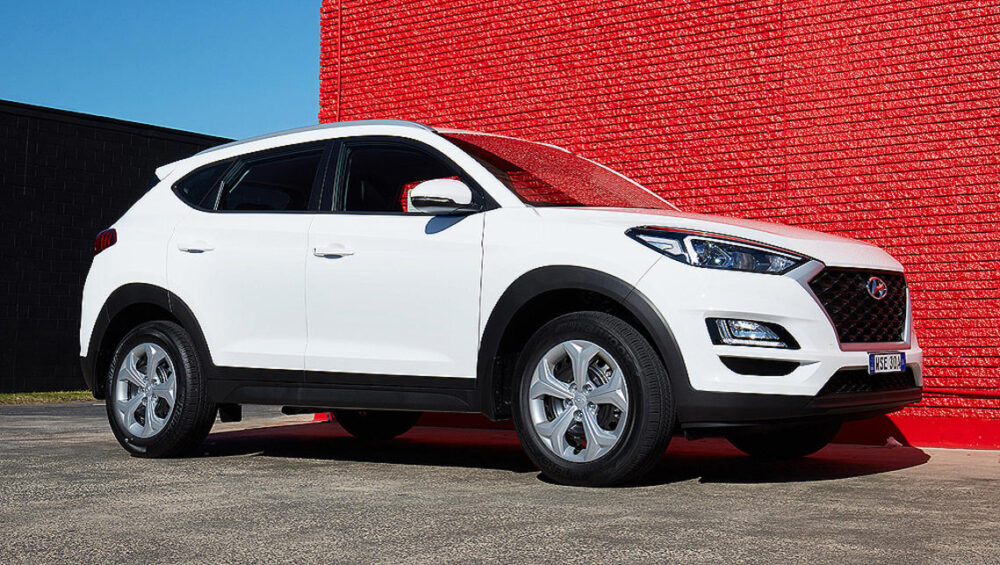 It’s been well over 2 months since the official launch of the 3rd Gen Hyundai Tucson here in Pakistan, with the announcement receiving an overwhelming response from the public. So much so that, reportedly, Hyundai was having quite a bit of trouble trying to manage the huge influx of bookings when the car went on sale.

Some might even argue that the Rs. 200,000 price hike was also the product of overwhelming response and Hyundai Nishat saw an opportunity to cash in on the sky-high demand. But that is mere conjecture.

However, it seems that Hyundai is all set to create a huge impact on the market, as the automaker is set to launch a new base variant of the Hyundai Tucson in Pakistan.

Images of The New Tucson

So far, only the photos of the SUV have surfaced, but the new base trim of the Tucson seems similar to the Kia Sportage Alpha. It would generally be the same vehicle, but with a few advanced features removed.

Speculating based on the fact that the new Tucson variant will be similar to the Sportage Alpha, the SUV would definitely have the same 2.0 liter naturally aspirated 4 cylinder petrol engine making 155 horsepower, 196 Newton/Meters of torque, mated to a 6-speed automatic transmission. It is pertinent to mention that this variant is likely to be Front-Wheel Drive (FWD) only.

Although the new version is supposed to be a cheaper stripped-down variant of the Tucson, it is still likely to offer some basic features such as dual-zone climate vents, USB and AUX ports, steering multimedia controls, driver-passenger airbags, Hill-start assist, downhill brake control, vehicle stability, and traction control.

Things that would be different in the new variant include:

Although the official price for the new variant is yet to be revealed, it is being speculated that this new variant will cost Rs. 4.6 million, which is considerably less than the prices of the GLS Sport and the Ultimate trim levels.

However, there’s a caveat here for Hyundai, as its direct competitor and twin, the Sportage Alpha is cheaper still, at the price of Rs. 4.4 million.

Judging by the public’s excitement about the Tucson, Hyundai Nishat can still create a promising impression in the market with the launch of the new variant, if they can manage to respond to the huge demand for the car.