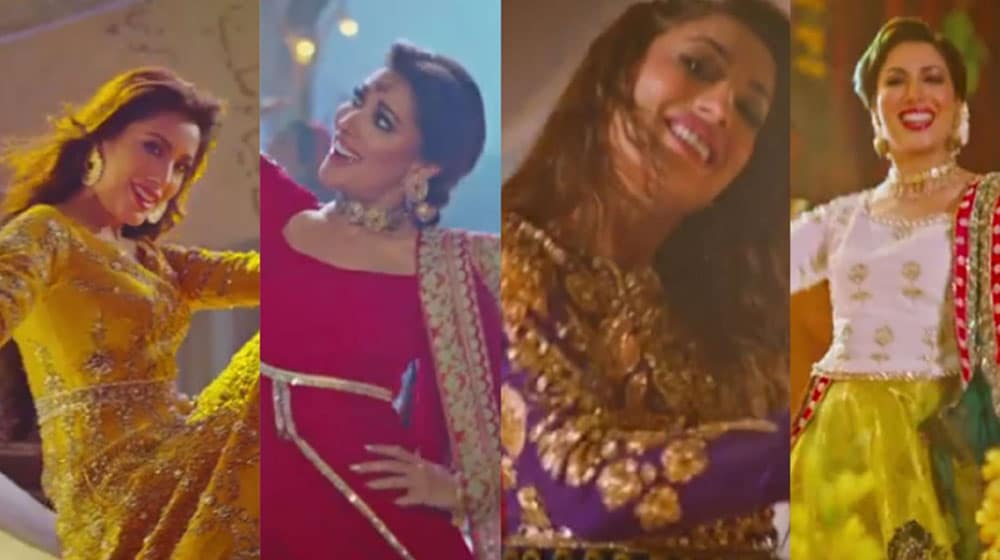 Let me take you on a majestic journey of our #des, as the most awaited #deskayqissay is unveiled. It has been an absolute pleasure to be part of this masterpiece by #Gala #deskabiscuit, where we cherish the cultural diversity of our des bcoz “apnay des ka har rung hai Niraala” ♥️ pic.twitter.com/BBb6IQ0IMp

The renowned journalist dubbed her performance as ‘mujra’ and called for Pakistan Electronic Media (PEMRA) to act against it. He also tagged Prime Minister Imran Khan in his tweet.

Sharing Abbasi’s tweet, Ali Muhammad Khan also criticized the TVC, saying that the Prime Minister is firmly against broadcasting such indecency on TV.

PM @ImranKhanPTI Sahb is totally against such anti Islamic stuff on media which is against our cultural norms & has damaging effects on our youth.
No place for such absurdity in an Islamic state, which was made on the Kailma Tayyaba

His comments, however, attracted sarcasm from the Federal Minister for Science and Technology, Fawad Chaudhry, who asked Ali to focus on some creative work.

The TVC, which features bold dancing moves, was subsequently stopped from airing by Pakistan Electronic Media Regulatory Authority (PEMRA). The media watchdog issued an advisory on the type of advertisement content permissible on TV.

The PEMRA advisory came following an uproar on social media against some television adverts over the “violation of the commonly accepted standards of decency but also socio-cultural norms of Pakistani society.”

PEMRA said that it has received several complaints regarding the TV commercials for everyday use items like biscuits promoting indecency in the society.

All stakeholders are further advised to stop the rampant use of themes/content which does not correspond with the nature of the products.

Therefore, the regulator has asked all TV channels to get visuals of advertisements reviewed by the In-House Monitoring Committee before telecasting.