Pakistani rupee continued its appreciation against the dollar on Thursday. Following a lack of buyers’ interest in the market for the third consecutive day, the dollar remained under selling pressure.

The rupee traded 25 paisas higher and was closed at 163.72 against the dollar, compared with yesterday’s closing of 163.97 in the interbank foreign exchange market.

The rupee continued the rally towards appreciation due to low volumes today. As per dealers, the market has a sufficient supply of dollars to cover import and for the corporate payments demand. 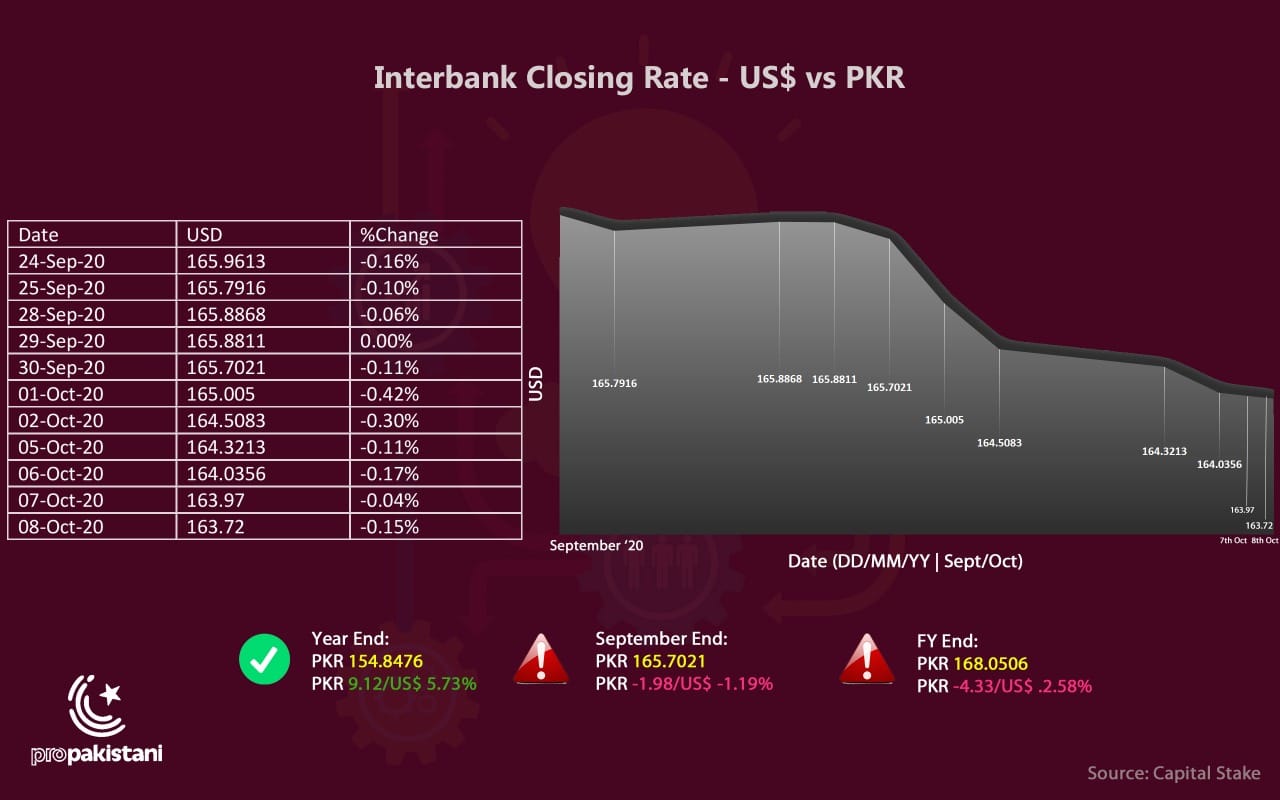 Malik Bostan, President Exchange Companies of Pakistan, told ProPakistani that the Roshan Digital Account and Naya Pakistan Certificates have attracted inflows of dollars to Pakistan from various countries. He predicted that the Rupee is likely to remain stable against the Dollar, provided that the inflows of foreign exchange remain consistent in the coming days.

Bostan anticipates Rupee to continue its appreciation against the US Dollar and will settle at Rs. 160 in the coming weeks.