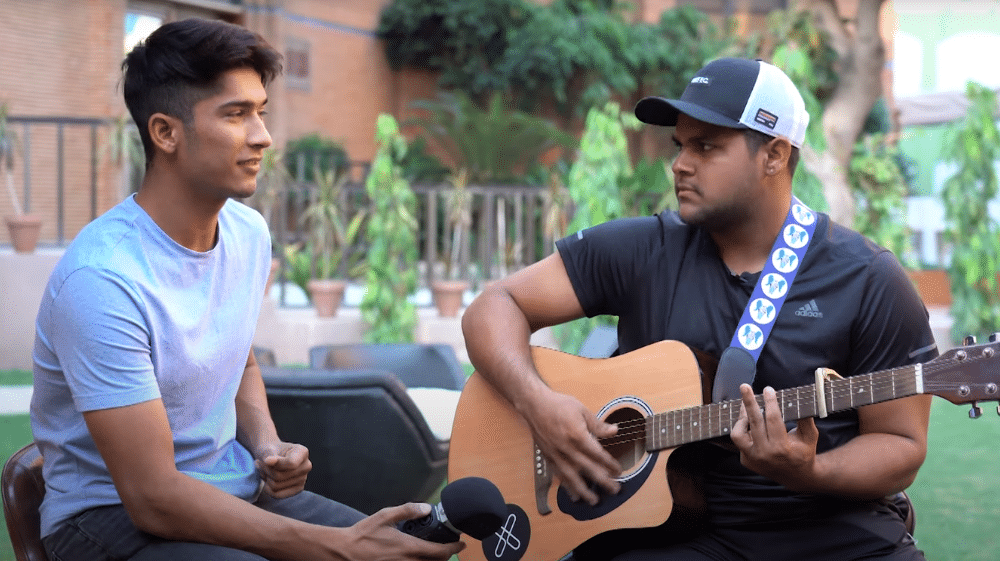 Pakistani cricketers are currently taking part in the National T20 Cup in a bio-secure bubble to prevent the spread of Covid-19. While it may get a bit boring staying secluded, some young cricketers have taken up different activities to keep themselves entertained.

Young duo of Azam Khan and Mohammad Hasnain have been keeping themselves busy by working on their music skills. The Pakistan Cricket Board (PCB) uploaded a video of the youngsters playing the guitar and singing songs on their social media channels.

They are great friends and look even greater jamming together! Azam Khan and @MHasnainPak show us their music skills!#HarHaalMainCricket pic.twitter.com/imsujdwWiy

The video received praise from fans on social media as everyone seemed impressed with their music skills and the content that PCB has been sharing.

The duo is representing Sindh in the ongoing National T20 Cup. Sindh is currently at 4th position on the table with only one win out of four matches.

Mohammad Hasnain has been below par in the tournament, having picked up 3 wickets at 25.75 and an economy rate of 8.58.

Azam Khan, on the other hand, has had a couple of solid outings with the bat in the middle-order, scoring 90 runs at an average of 22.50 and a strike rate of 166.66. Experts have praised his clean hitting ability as he hopes to break into the national team in the near future.