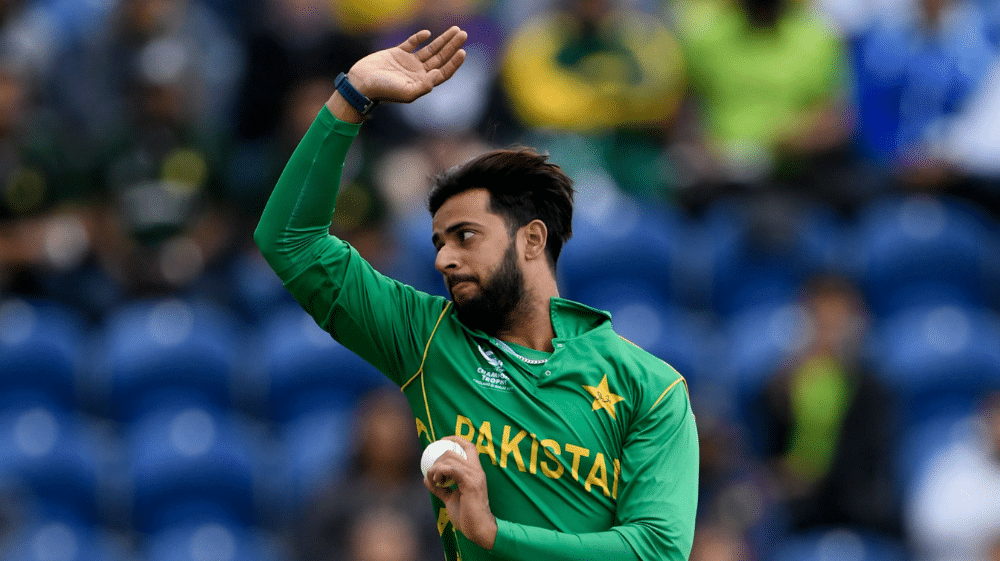 Pakistan all-rounder Imad Wasim recently won the T20 Blast in England with Nottinghamshire. He was mainly used as a bowler, picking up 8 wickets in 9 matches at an economy rate of 7.21.

Imad did not get enough chances to showcase his talent with the bat, but he believes he has a lot to offer with the bat and should be considered a genuine all-rounder.

In a recent interview, Imad talked about his role as an opening bowler in T20s and his journey of becoming a powerplay bowler.

Describing the key aspects of bowling in the powerplay, he said that you have to be aggressive. If you try and defend the score, the opposition will get away, he said. The only way to bowl is to look for wickets to try and hurt the opponent’s scoreboard. He added that he believes in the ‘you miss, I hit’ formula.

Imad claimed that he is the most aggressive spinner in the world because of the ability to take wickets early on in the innings. He advised young cricketers to never change something that works.

Imad also talked about his role with the bat. He usually batted as number 8 or number 9 in the recently concluded T20 Blast, however, he lamented that he didn’t get ample opportunity to show his batting skills in T20 cricket. He said that he has been batting really well in ODIs, referring to a match-winning half-century against Afghanistan in the 2019 World Cup. But, in T20 cricket, he still has a lot to prove as a batsman.

He said that he has displayed glimpses of what he can do with the bat, but he would like to perform consistently. The 31-year-old said that he aims to be the first choice all-rounder for Pakistan.

“Whenever God decides to give me fame as a batsman, just like in bowling, it will happen, inshAllah.

Imad Wasim has 5 half-centuries to his name in ODI cricket and is currently ranked number 3 all-rounder in the world.