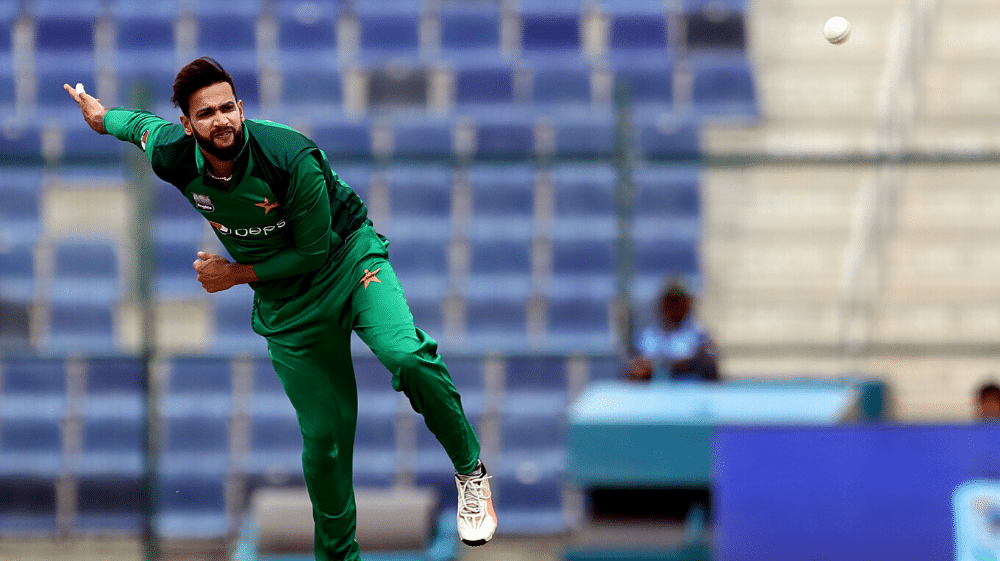 Pakistan all-rounder, Imad Wasim, has revealed that he is working on developing a new ball to add to his arsenal of variations.

Imad said that he tries to bowl wicket-to-wicket in the powerplay without going for the spin to contain the flow of runs. The all-rounder added that he brings in his spin variations after the first six overs.

Talking about the key to success, he said that an opening bowler must bowl aggressively and look for wickets. He added that if you look to defend, the batsmen will have an advantage and can score freely, so the best way to control is to keep picking up wickets at regular intervals.

Imad recently won the English T20 Blast with Nottinghamshire, picking up 8 wickets at an economy rate of 7.21.

Imad will be seen in action captaining the Northern side in the second phase of the National T20 Cup. Shadab Khan led the team in his absence, winning 5 out of 5 matches.