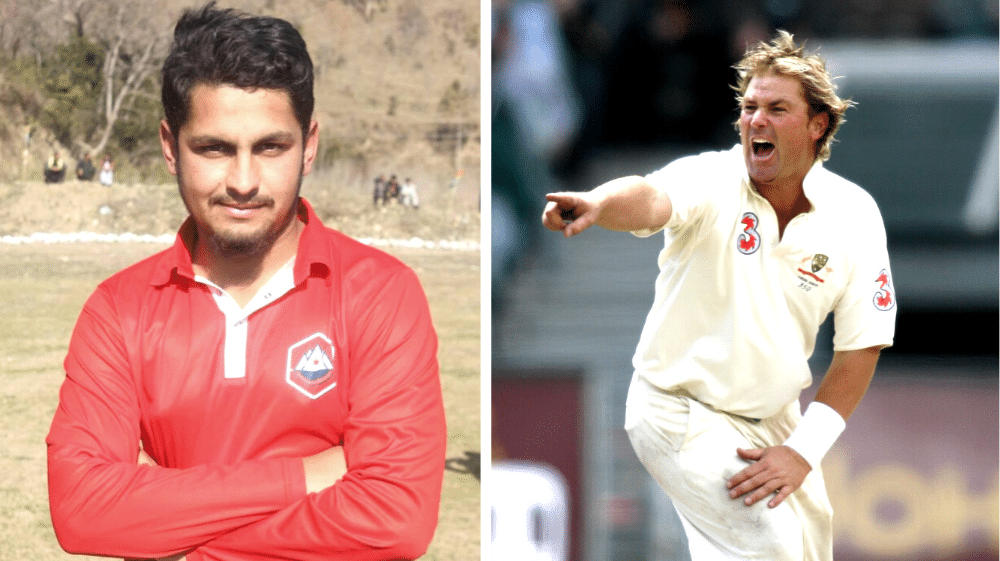 Abdul Qadir, Mushtaq Ahmed, Saqlain Mushtaq, Saeed Ajmal and Yasir Shah are some of the examples of world-class spinners Pakistan has produced over the years.

Recently, the spin department in the domestic structure has been light in terms of producing quality bowlers. There are a few including Zafar Gohar, Umer Khan, and Usman Qadir who can go onto represent Pakistan at the highest level.

Recently, a video of a young leg-break bowler from Azad Kashmir has been making the rounds on social media. Aqib Liaqat can be seen bamboozling the batsmen with his amazing leg-break and googlies.

Aqib has played Under-19 cricket for AJ&K and Northern in the past, but he often plays tape-ball cricket in his hometown.

Aqib’s inspiration is the Australian legend, Shane Warne. In an interview, he said that he used to watch Shane Warne on television since his childhood and tried to emulate his bowling style on the pitch.

I even learned to bowl googly and flipper by watching Shane Warne.

He said that his favorite delivery is googly as it gets him more wickets, adding that he has been working hard on other variations as well.