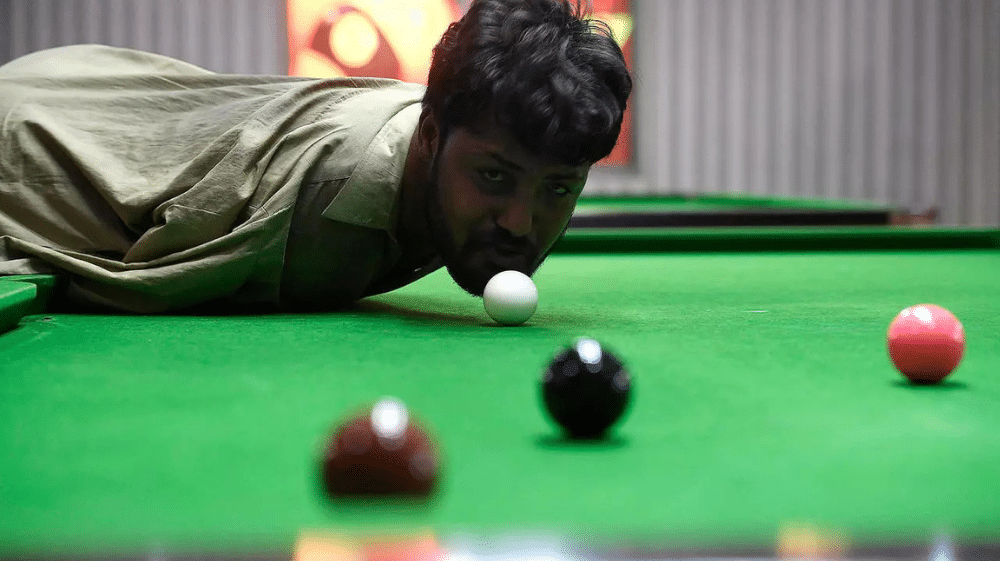 32-year old Muhammad Ikram was born without arms, but that did not stop him from pursuing his passion. For a person without arms, Snooker might have been the unlikeliest of passions, but Ikram spent years honing his craft and is now one of the top players in his snooker club.

Ikram was born in a poor home in Samundri, Punjab. He, along with his eight siblings, could not afford to go to school.

When he was a teenager, he started to go to snooker clubs around town and watched people play. This inspired and motivated him to start practicing it himself without his disability. Practicing was not easy at first and he used to practice in isolation.

In the beginning, I used to push the balls by myself on an empty pool table, gradually, I improved my game and started playing with others.

At first, his parent did not let him play the sport, worrying that he might injure himself. He was finally allowed to return to the snooker clubs last year to pursue his passion.

Check out his snooker skills in this video.

Ikram said that he has put in years of hard work to get to this level and can challenge any snooker player in the club. After his exploits, he has become a social media celebrity in the snooker fraternity.

The owner of the Samundri snooker club, Mohammad Nadeem, described Ikram as a true sportsman and appreciated his abilities as a snooker player.

He has no competition, in cricket and football there are disabled players but when it comes to snooker he is a one-of-a-kind player.

He has grown so famous that he isn’t charged for snooker games rather people pay to play with him.