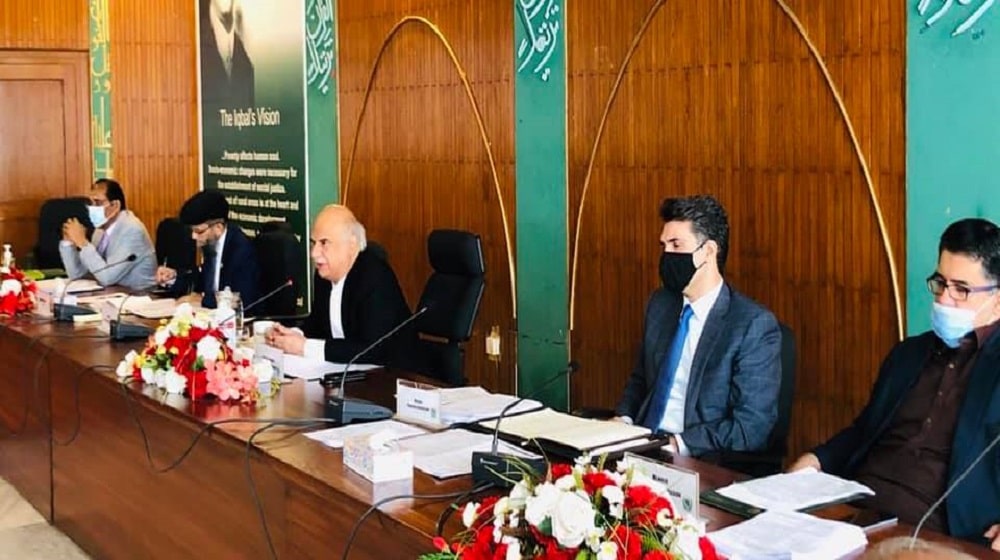 Senior officials from Planning Commission and federal ministries/divisions also participated in the meeting while representatives from provincial governments participated through video conference.

Two projects related to Physical Planning were presented in the meeting. The first project titled “Solid Waste Emergency and Efficiency Project” worth Rs. 17661 million was referred to ECNEC. The proposed project will finance intervention that will be implemented over two phases

The second project as titled “Contraction of New Building for Supreme Court Branch Registry at Karachi Registry Saddar, A.M area Karachi” worth Rs. 4423.04 million was approved in the meeting.

It will improve a pavement width of 12 feet with 3 feet shoulder on each side along with the construction of 4 Nos.

The second project namely “Construction /up-gradation of Dirgi Shahbozai to Tonusa Sharif Road” worth Rs. 8943.544 million was approved by CDWP.

Two-position papers related to Transport and Communications were also presented in the meeting. First project namely “Construction of Gwadar Tatodero Road Project M-8” worth Rs. 38026.28 million and Up-gradation widening and Construction of Surab Hoshab Road N-85” worth Rs. 28823.549 million, both projects were recommended to ECNEC for further approval.

The third project namely “Construction of 100 Small Dams in Balochistan- Package-III” worth Rs. 8877.283 million was referred to ECNEC.

The objective of the project is to harness flood flows for direct irrigation, groundwater recharge, agriculture development and poverty alleviation through environmentally acceptable and sustainable projects. Ministry of Water Resources also presented one position paper titled “Construction of 100 Small Dams in Balochistan” worth Rs. 13, 512.725 million was recommended to ECNEC for approval.