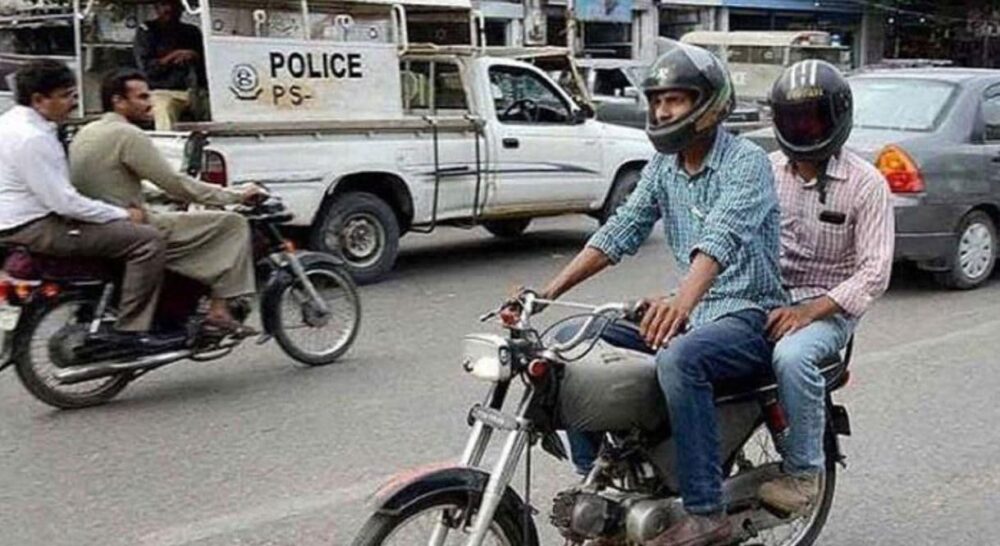 As per a recent notification issued by the Sindh government, the decision has been made to withdraw the pillion riding ban that was enforced just yesterday. Reportedly, a strong protest was observed from the political parties and the general public against the ruling, shortly after which the government decided to revoke the ban.

As per Sindh Home Department, the decision to ban pillion riding was issued by the government to curtail motorcycle gang crimes. The department also clarified that the implication of the said ban was only meant for a certain age group of men. The ban would not affect the elderly, women, or children under 12 years of age.

The decision was met with a huge backlash from the parties such as MQM and Jamat-e-Islami, who declared the decision as injustice and, “proof of the government’s incompetence.” It bears mentioning that even though, reportedly, the said parties held nothing back while criticizing the government, no counter-measure or better solution was suggested by the parties either.

These clashes keep on occurring, all while the perpetrators continue to terrorize the entire region. In a recent event, a bunch of unidentified motorcyclists opened fire on a double-cabin vehicle near Shama Shopping Center in Shah Faisal Colony No. 2 area of ​​Karachi, injuring Maulana Adil and Maqsood Ahmed. The shooters got away and one of the victims, namely Maulana Adil, was pronounced dead later that day.