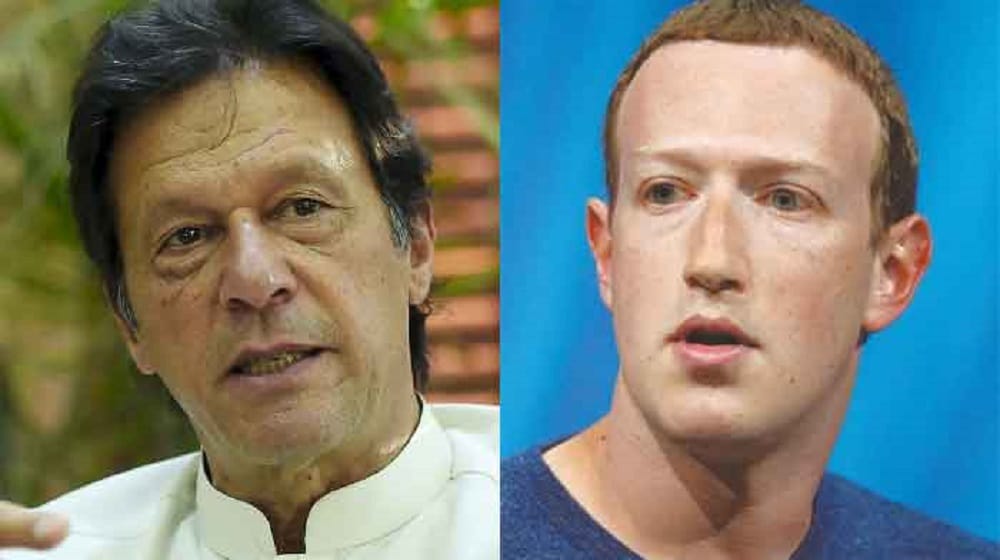 Prime Minister Imran Khan, on Sunday, penned a letter to CEO Facebook, Mark Zuckerberg, urging the latter to enforce a ban on Islamophobic content on Facebook, a ban similar to that in place on the social media platform against Holocaust.

In the letter, PM Imran lauded Zuckerberg for placing a ban on posts that criticize or question the Holocaust, which was the culmination of the Nazi pogrom of the Jews in Germany and across Europe as Nazis spread across Europe.

However, the letter added, Muslims today across the world are faced with a similar pogrom.

For instance, the Indian government has promulgated anti-Muslim laws and measures such as Citizenship Amendment Bill (CAB) and National Register for Citizens (NRC). Vigilante groups, under the aegis of the Indian government, all over the country are targeting Muslim populations after declaring them as the source of Coronavirus.

Quaid-e-Azam University Shut Down Due to COVID-19 Cases

While the French government has linked Islam with terrorism and allowed the publication of blasphemous cartoons targeting Islam and the Holy Prophet (PBUH).

Such acts of Islamophobia are fanning the flames of hate, extremism, and violence all over the world.

Given the rampant abuse and vilification of Muslims on social media platforms, a ban similar to that in place for the Holocaust should be placed on Islamophobic content on Facebook, the letter concluded.

Here is a copy of the letter PM Imran Khan wrote to CEO Facebook, Mark Zuckerberg, over the weekend. 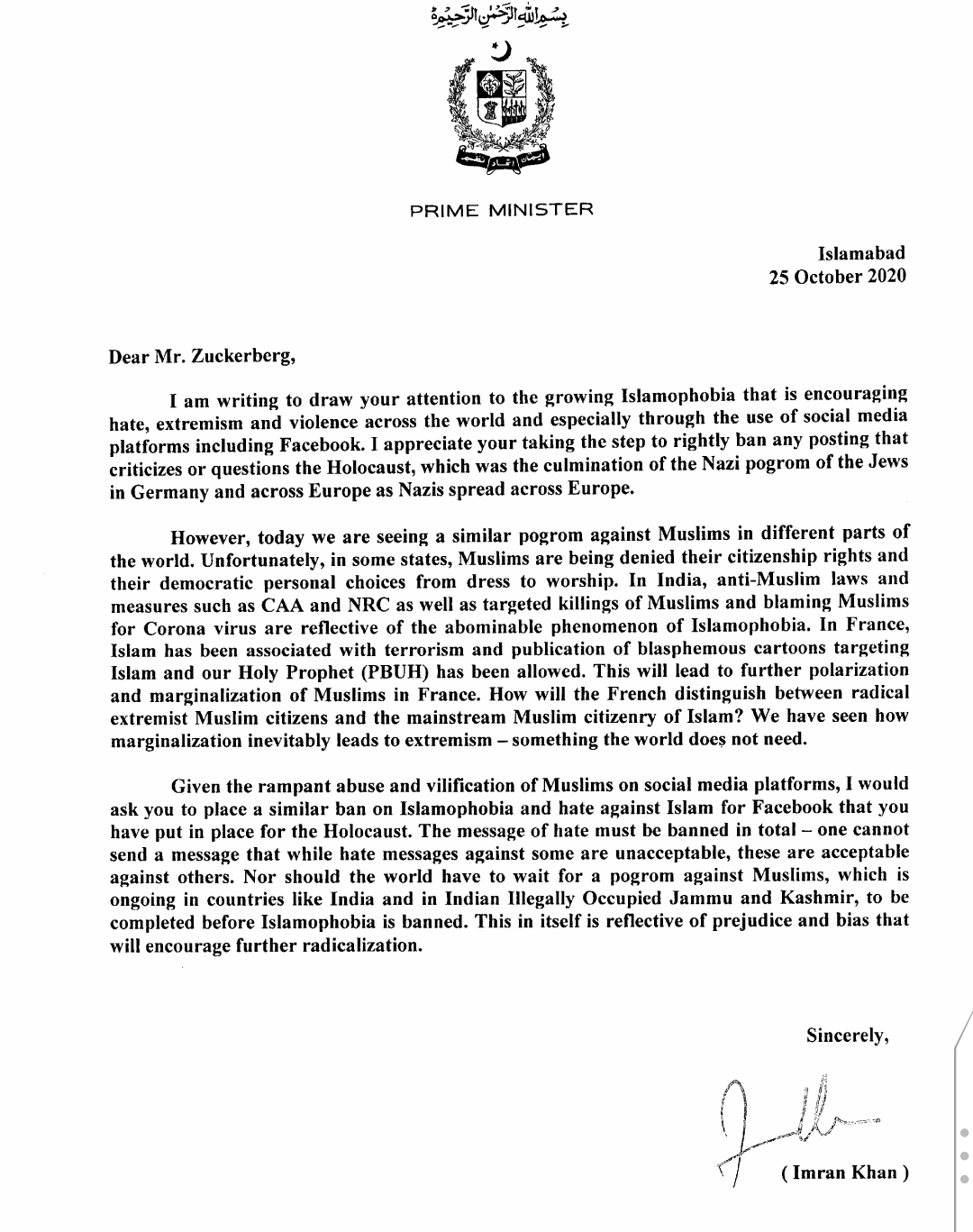