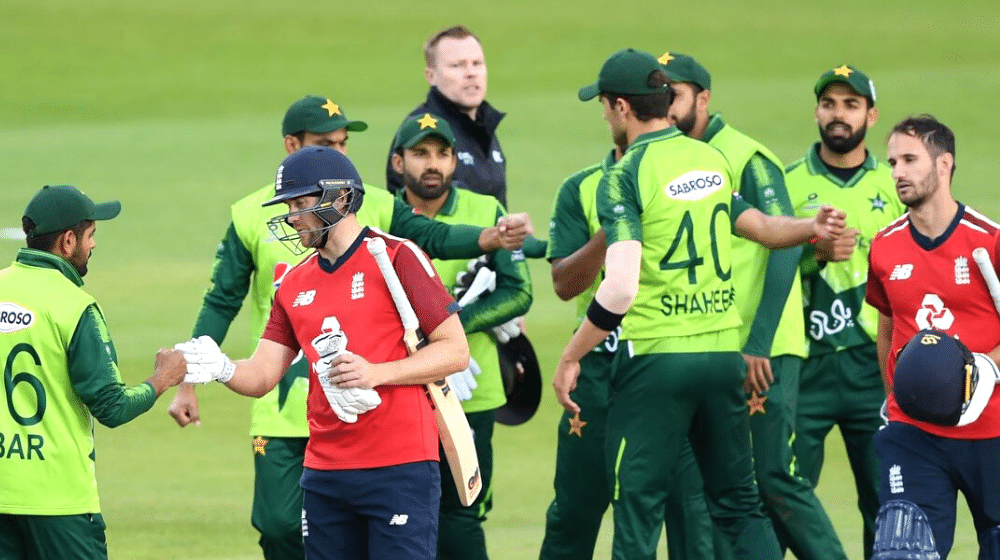 According to reports, England will tour Pakistan from January 15-20 for a three-match T20I series. Pakistan Cricket Board (PCB) has been in constant talks with England & Wales Cricket Board (ECB) for a possibility of a short tour at the turn of the year and talks seem to be going in a positive direction.

PCB CEO, Wasim Khan, is currently in Birmingham, England on a ten-day leave and is expected to meet ECB CEO, Tom Harrison, in this regard. England cricket team has a tight schedule at that time, but sources have claimed ECB is going to accept the offer to tour Pakistan for a short T20I series.

Pakistan toured England recently for three Tests and three T20Is, played in a bio-secure bubble due to the ongoing Covid-19 pandemic and England will likely reciprocate the gesture by touring Pakistan.

According to several English publications, England’s tour of Pakistan is very likely, and England will accept the offer regardless of their tight schedule.

This will be England’s first tour of Pakistan since 2005. Since 2009, Pakistan has hosted England only in UAE.