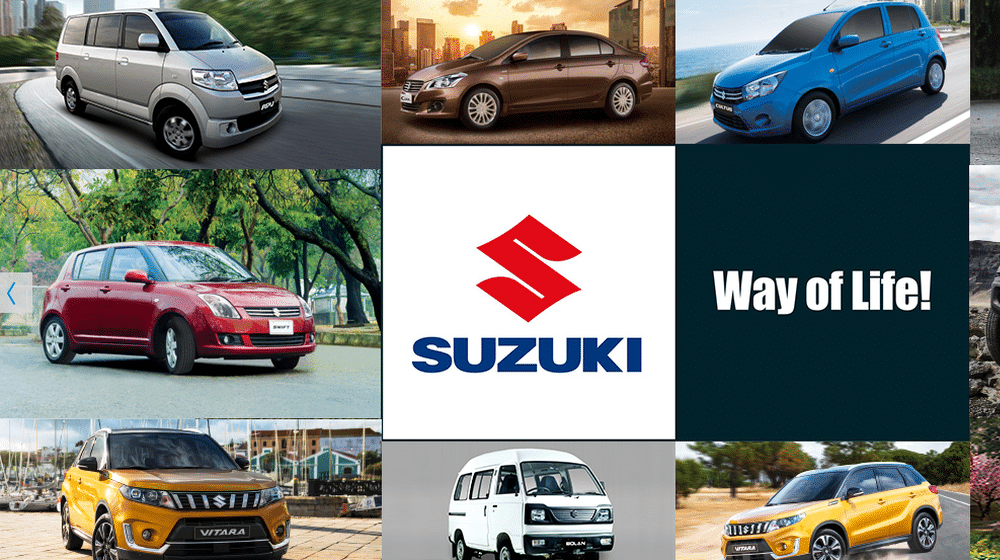 Pak Suzuki Motor Company Limited, which is the largest player in Pakistan’s automobile industry, has announced its financial results for the third quarter of CY 2020.

The company reported a loss of Rs. 136.38 million during the quarter, showing a recovery of 88.30% as compared with the same period last year. The car manufacturing firm booked a loss of Rs. 1.16 billion in the same quarter in 2019, according to a notice sent to the Pakistan Stock Exchange (PSX) on Tuesday due to declining sales volume.

However, it is pertinent to mention that Pak Suzuki Motors has declared its 8th consecutive quarter in loss.

The company posted a 12% decline in revenues for the quarter which stood at Rs. 22.60 billion as compared with Rs. 25.63 billion in the same period last year. The drop in revenues was due to a 24.50% year on year drop in vehicle sales due to lower Alto sales and the absence of Mehran. The company sold 17,485 units as compared to 23,147 units in the same period last year. This is due to stiff completion from Kia (Picanto), United Bravo & Prince Pearl. 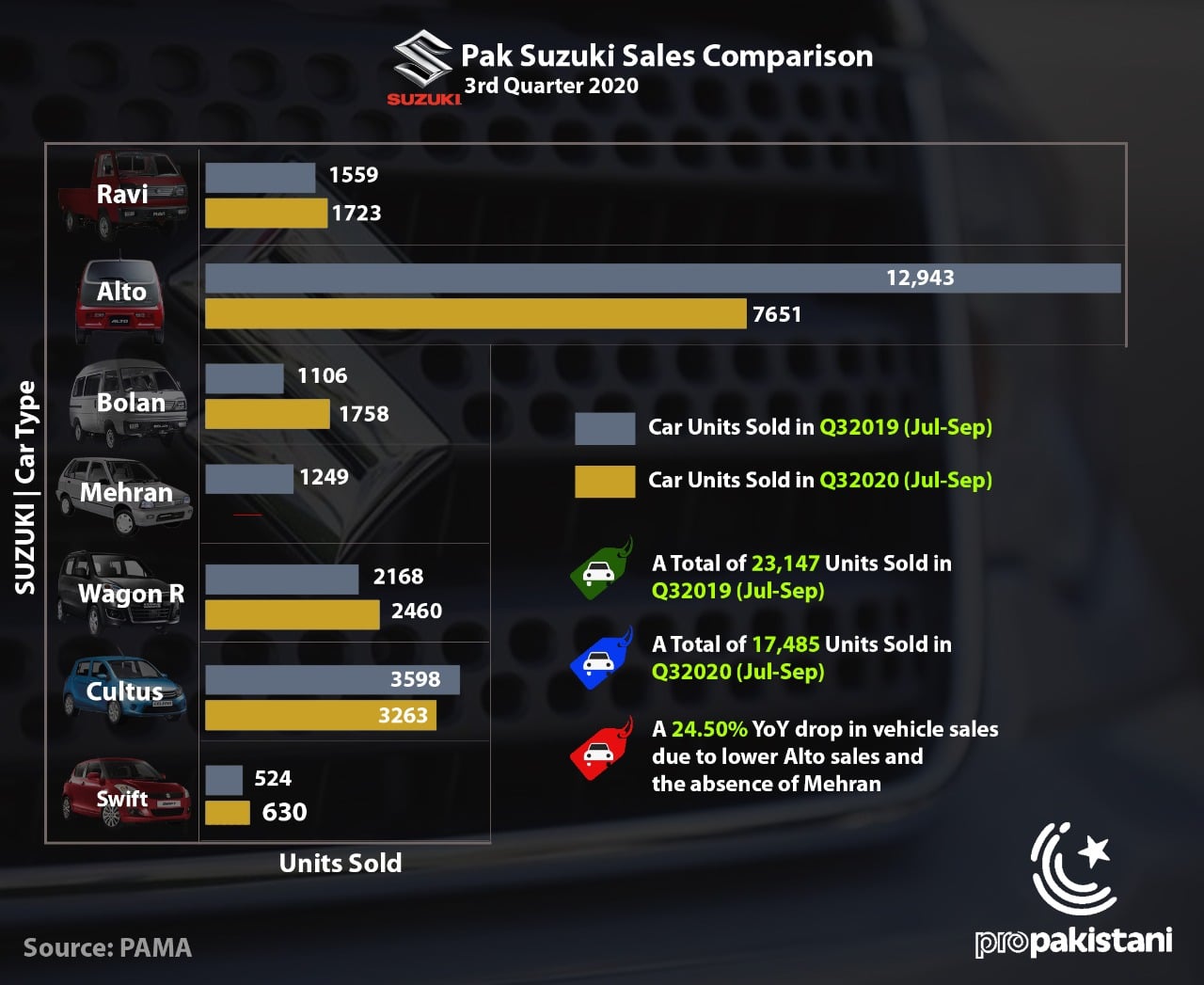 There was a drop in the cost of sales despite a 5.6% year on year PKR devaluation. The buildup of lower-cost inventory in preceding quarters resulted in the drop.

The company’s gross margins rose by 6.1ppts YoY from – 0.9% in Q3 CY19 to 5.2% in Q3 CY20. The elevated margins could be due to the company completely passing on the impact to the consumers.

The administrative and selling expenses cumulatively stood at Rs. 444 million, 3.70% lower as a result of better control of administrative costs during the quarter. Moreover, other income saw a healthy 2.5x rise to Rs. 125 million for the quarter as compared to Rs. 49.77 million.

It bears mentioning that, as per the monthly report shared by Pakistan Automotive Manufacturer’s Association (PAMA), PSMC has been recording poor sales figures on a Year-on-Year (YoY) basis for the past 2 consecutive months and in September, one of their hottest selling cars i.e. the Cultus recorded a massive sales decline of 29% on a Month on Month (MoM) basis and 44% on a Year on Year (YoY) basis.

And in another recent, rather unfortunate development, Pak Suzuki Motor Company (PSMC) discontinued the Ciaz sedan in Pakistan because it failed miserably to capture the Pakistani market for a number of reasons.

Here’s Why Pak Suzuki Has Discontinued the Ciaz in Pakistan

Apart from that, there is the bland product lineup that hasn’t seen any significant betterment in years, yet it still continues to go through multiple price hikes every year. All of the aforementioned elements are slowly contributing to a decline in PSMC’s ‘once’ bulletproof popularity.

With additional input by Waleed Shah