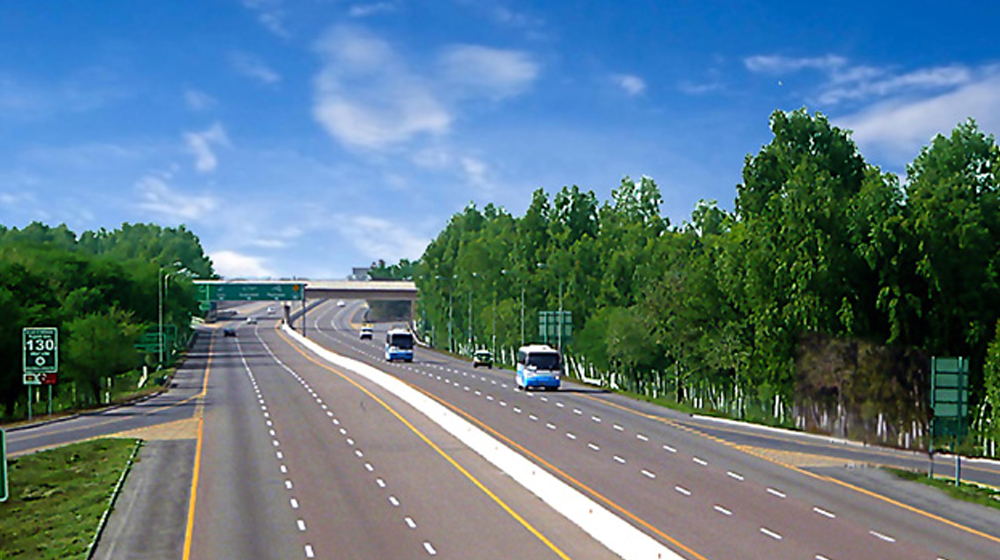 The government intends to take Sukkur-Hyderabad Motorway (M-6), a critical component of the China-Pakistan Economic Corridor (CPEC) on Public-Private Partnership (PPP) mode with an estimated cost of Rs. 175 billion.

In order to ensure better planning of the Hyderabad-Sukkur Motorway project and attract private investment in this scheme, National Highway Authority (NHA) arranged a stakeholders’ consultation with the cooperation of Public-Private Partnership Authority (PPPA) at NHA Headquarters where professionals hailing from construction industry, contractors and financers were invited at large.

Commercial Attachee of Saudi Arabia based in Islamabad, representatives of Asian Development Bank and World Bank Group also participated in the session via video link.

Chairman National Highway Authority Capt (retd) Sikander Qayyum said the main purpose of inviting the best professionals in their respective fields is to invite fresh ideas regarding the procurement of only missing motorway link i-e-Hyderabad-Sukkur Motorway to complete the North-South Economic Corridor.

Qayyum said NHA is endeavoring hard for an earlier start of construction activity on this mega project. Prime Minister of Pakistan Imran Khan also desires the provision of a strong infrastructure for rapid socio-economic development in the country. To this effect, he said, the role of motorways and national highways is an accepted one.

He further said NHA is obtaining the cooperation of the private sector in motorways and highways building schemes with the view to reduce financial load on the national exchequer.

He said Public-Private Partnership (PPP) has been prevalent nowadays in developing as well as developed nations of the world. The creation of the private sector’s interest in infrastructure projects for better service delivery is the tool being used successfully.

NHA is committed to put the country on track towards socio-economic development. He hoped this consultative session of the professionals will pave the way to formulate viable recommendations to achieve the objective.

The length of the proposed Sukkur-Hyderabad Motorway will be 306 km, 14 interchanges, one major bridge on River Indus, 6 flyovers, 10 Service Areas and 12 Rest Areas will also be built on this motorway. The project is planned to be completed in 30 months at a construction cost of approximately Rs 175 billion with an Intelligent Transport System (ITS).

CEO of the Public-Private Partnership Authority (PPPA) Malik Ahmad Khan expressed deep sense of gratitude to the participants for expressing interest in the consultative session. He said, deliberations of consultation sessions on every phase and aspect of the Hyderabad-Sukkur Motorway procurement starting from alignment, structuring and financing have been very informative and thought-provoking.

He said this consultative session has opened up numerous vistas of procurement methodologies and helped us to outline proposed structure of the project. Proposals and recommendations put forward by the professionals will be forwarded to high government authorities for decision, he added.