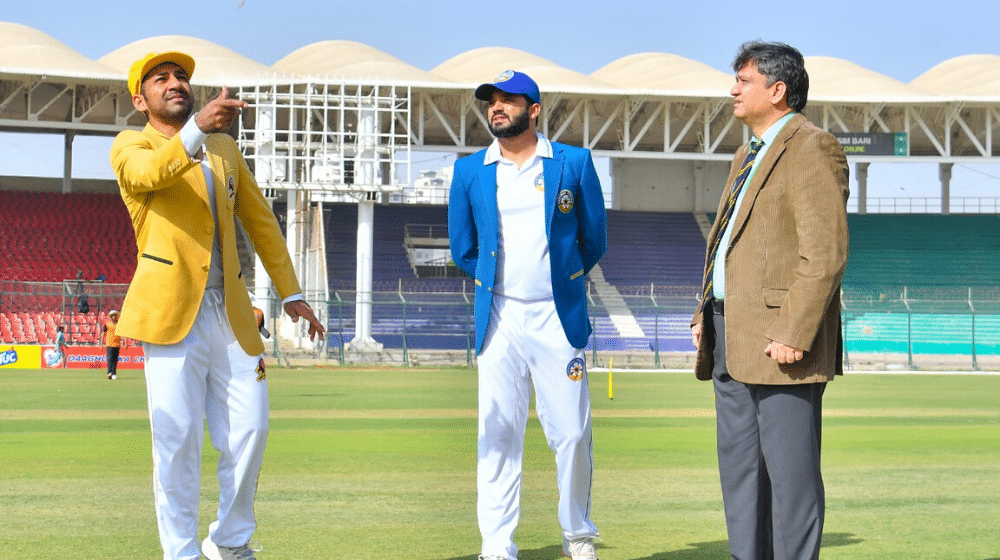 The first round of Quaid-e-Azam Trophy 2020/2021 concluded on 28th October with three thrilling encounters. Southern Punjab, Balochistan and Sindh came out victorious after four days of top-class domestic cricket.

QeA Trophy: Results and Top Performances From First Round Matches

PCB’s efforts of promoting domestic cricket and tweaking the points system to encourage an aggressive brand of cricket and convince teams to play result-oriented cricket has paid off as all three matches finished with a result.

Southern Punjab faced off against Northern, defeating them by an innings and 96 runs. Hussain Talat and Shan Masood set the tone for Southern Punjab with the bat as Hussain scored his maiden double century, while Shan opened his account with a brilliant century.

Balochistan and KPK battled in the second match. Balochistan, under the captaincy of leg-spinner Yasir Shah, were dominant throughout and won the match easily by 186 runs. Wicket-keeper, Bismillah Khan, played a wonderful knock of 118 to guide his team to victory.

Sindh beat Central Punjab in the closest match of the day. Sindh chased down a target of 212 within 50 overs on the last day to claim the victory. Fawad Alam silenced his critics with a brilliant century on a tricky pitch, while Tabish Khan dismantled the Central Punjab batting line up with a five-wicket haul.

Here are the standings after the 1st round: 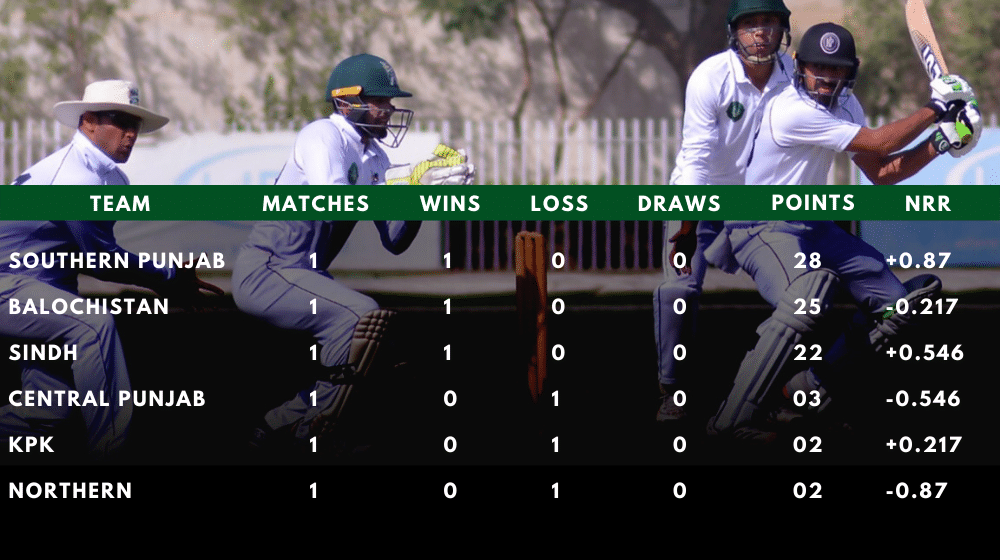 The second round is scheduled to begin on 31st October with three matches set to be played simultaneously. Balochistan will face off against Southern Punjab in the top of the table clash, while Central Punjab and Northern will battle each other to claim their first victories of the campaign. KPK will face Sindh in the other match.