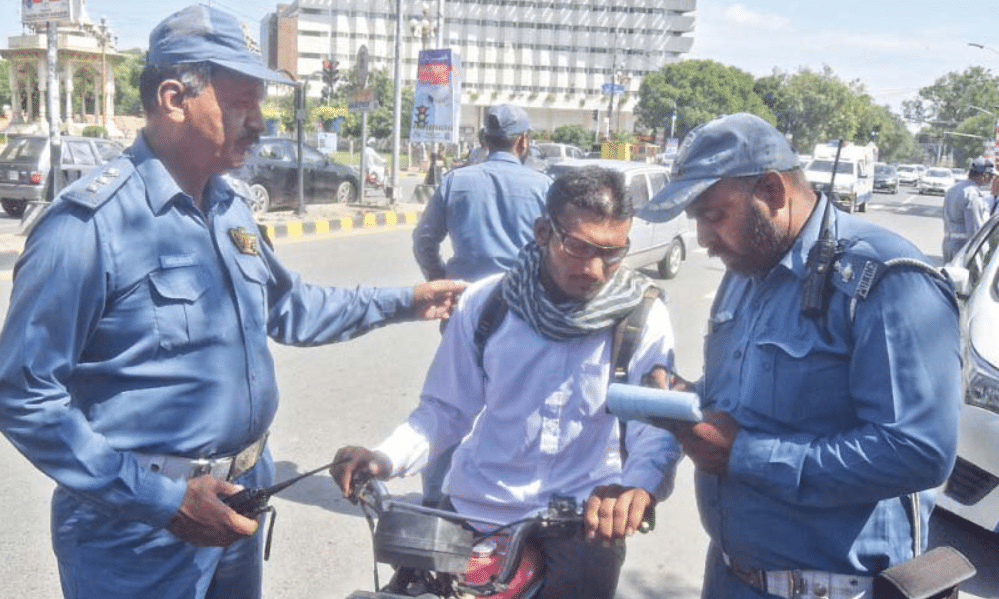 A traffic police warden in Lahore has been suspended for snatching the mobile phone of a female driver yesterday. The driver was reportedly making a video recording of the warden on her mobile phone as he assaulted a motorcyclist on a busy road. Reports suggest that the warden had assaulted the motorcyclist for not wearing a helmet.

The driver captured the entire incident, which allegedly upset the traffic warden, who then seized her mobile phone. The Traffic Police Officer-in-Chief has reportedly suspended the warden for misbehaving with the lady.

Following this incident, the Traffic Police Department has issued a press release stating its version of the event, according to which a young motorcyclist had gotten into a physical altercation with an elderly rickshaw driver, and that the warden had intervened to stop it.

The press release further stated that the female driver had tried to capture this incident on her mobile phone, which provoked the warden to snatch the device from her hands. However, the Chief Traffic Officer clarified that putting a woman under distress as in this case is an unjustifiable act and that the department shall take legal action against the traffic warden for it.