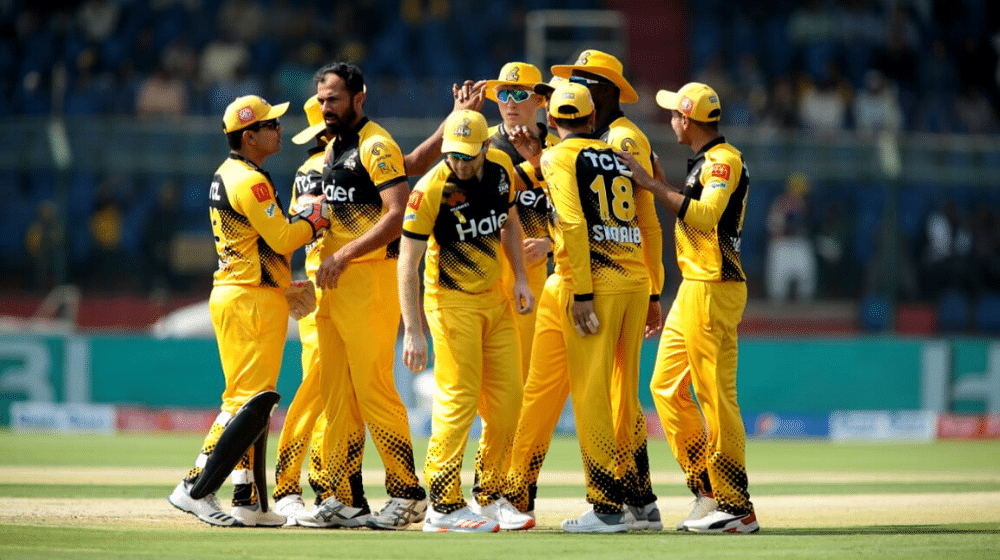 Peshawar Zalmi recruited two of the most exciting young batsmen in T20 cricket, Tom Banton and Haider Ali and looked towards a mix of experience and youth in their bid to win their 2nd PSL title. Zalmi have been one of the most consistent teams in PSL history. They are the only team to reach every PSL playoff since its inception.

Peshawar’s campaign this season was less than impressive and too inconsistent. They only recorded four victories in the group stages and finished at the 4th spot – the last playoff position. Ever-green wicket-keeper batsman and one of the best performers in PSL, Kamran Akmal carried much of the load off the batting line-up, while veteran pacer Wahab Riaz was the main threat in the bowling department. They were dealt a major blow as Hasan Ali was feared to be injured for the tournament, however, he did manage to recover but was far from stellar in his performances.

A Glimpse at Lahore Qalandars’ Journey to PSL Playoffs

Peshawar’s strength in PSL history has been their camaraderie and team atmosphere and that was apparent in this season as former captain Darren Sammy was made the mentor.

Let’s take a closer look at Peshawar Zalmi’s journey to the playoffs: 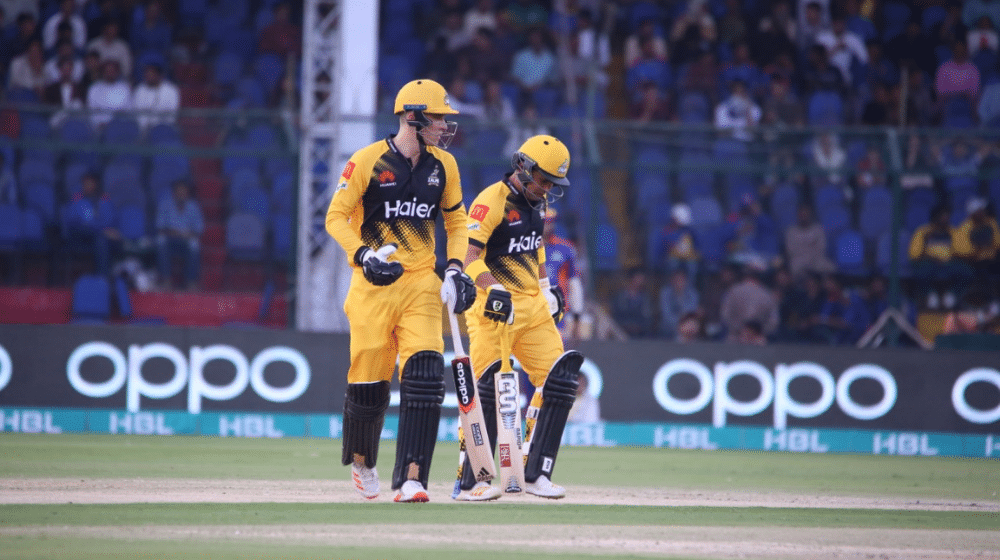 Peshawar started off their campaign against Karachi Kings. Karachi blew them away with a brilliant batting performance as they scored 201. Peshawar could only manage 191/7 as they fell short of the target by 10 runs. English batsman Liam Livingstone scored 54 off 29 balls but wasn’t enough to take them home. 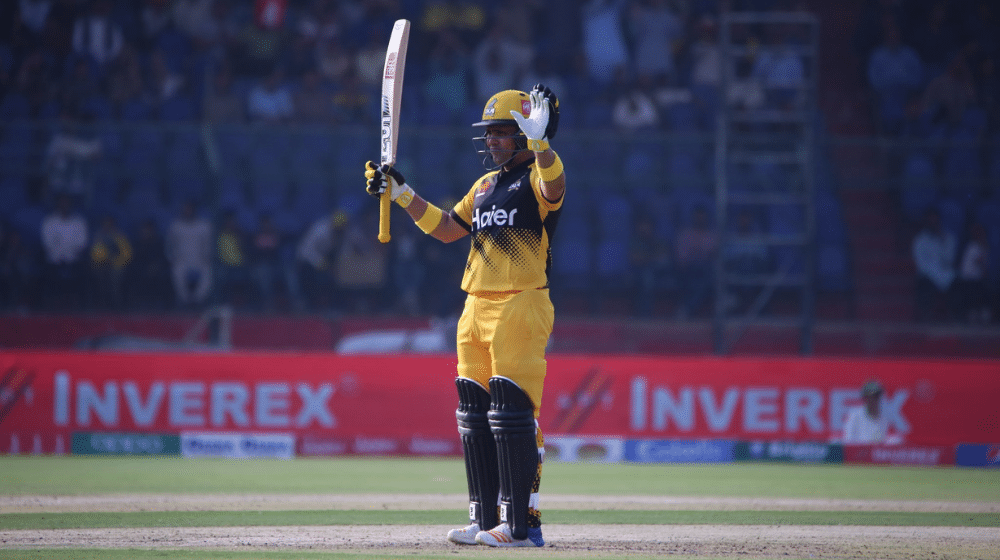 This match will be remembered for a magnificent century by Kamran Akmal. Akmal scored his third century in PSL history and helped Peshawar chase down a target of 149 with relative ease. Kamran scored 101 off 55 balls, getting Peshawar their first points of the tournament. 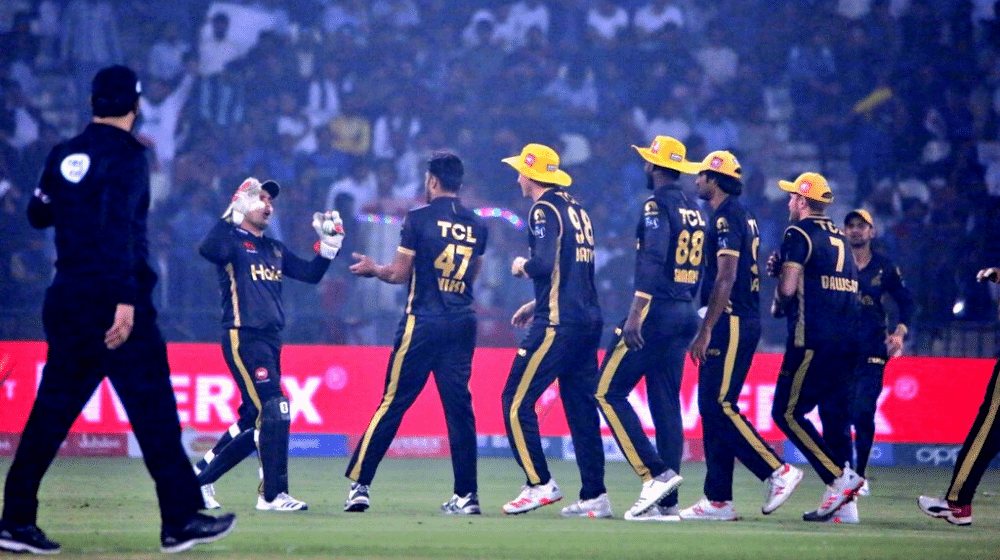 Peshawar donned their beautiful away kit against Multan and were looking to spoil the party as Multan played in front of their home crowd for the first time in history. Multan was having none of it as they produced a clinical performance to dismantle Peshawar. Peshawar were poor with the bat and were bowled out for 123. Multan easily chased the target within 15 overs. 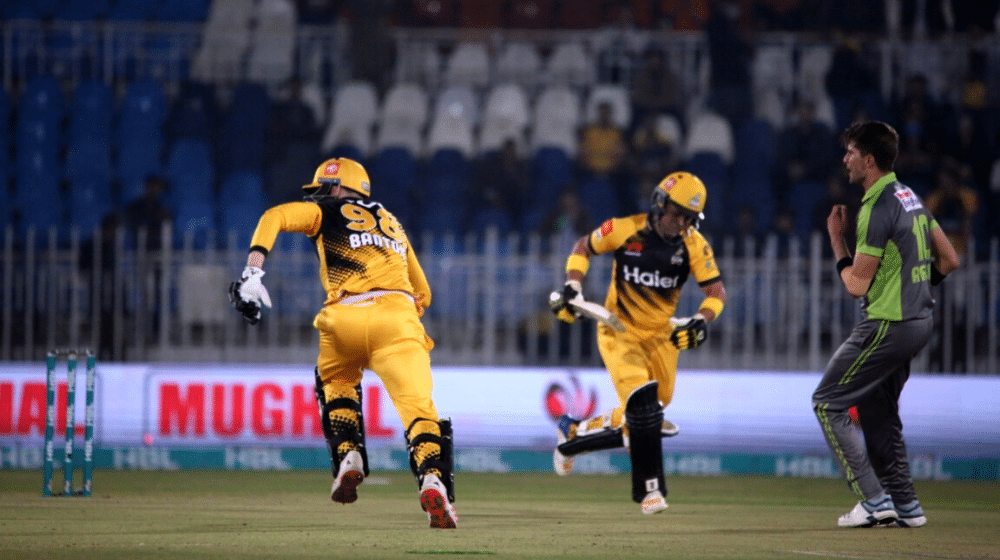 English all-rounder Lewis Gregory was the hero as Peshawar battled out a magnificent victory against Lahore Qalandars. The match was reduced to 12 overs due to rain and Peshawar batted first. They scored 132 in the 12 overs, thanks to the young guns Tom Banton and Haider Ali. Lewis Gregory picked up 4 wickets as Peshawar defended the total and won the match by 16 runs.

The match between Islamabad and Peshawar was abandoned without a ball being bowled due to rain. Both teams shared the points. 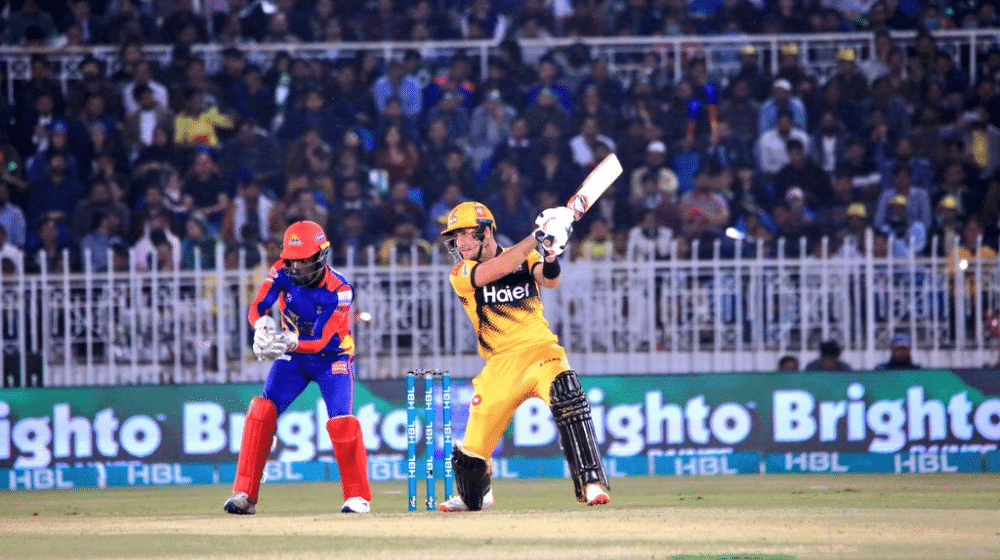 Karachi were the bogey team for Peshawar in this season. Peshawar batted first and despite Shoaib Malik’s battling half-century got only 151 in 20 overs. Karachi easily chased down the target within 19 overs, thanks to a superb match-winning knock by Babar Azam. Peshawar were struggling as they lost 3 matches out of 6. 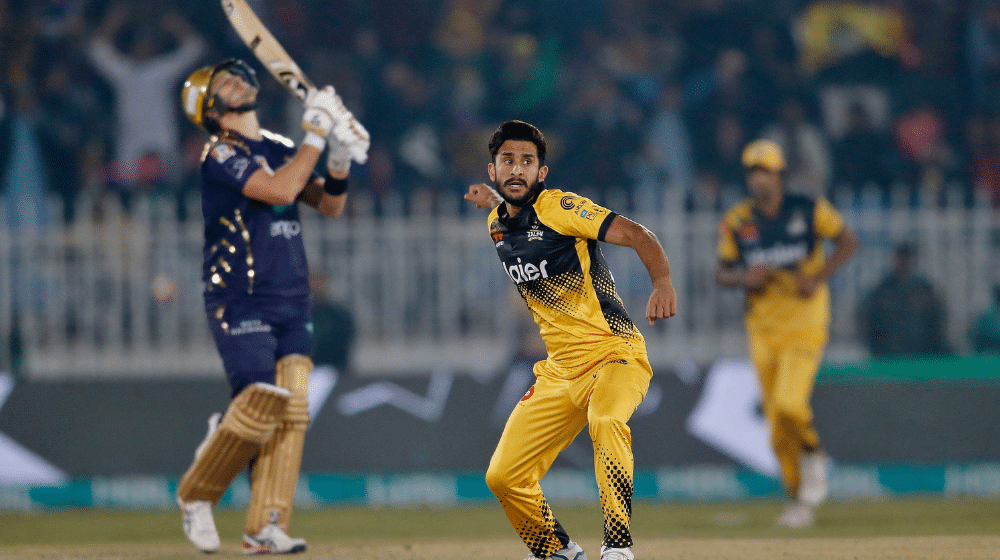 Just as Karachi was the bogey team for Peshawar, Peshawar were the bogey team for defending champions Quetta Gladiators. Shoaib Malik was named man of the match as his magnificent innings of 54 off 27 balls helped Peshawar to a total of 170/6. Captain Wahab Riaz took three wickets en route to a 30 run victory, as Quetta could only manage 140/7 in 15 overs, as the match was reduced after rain. 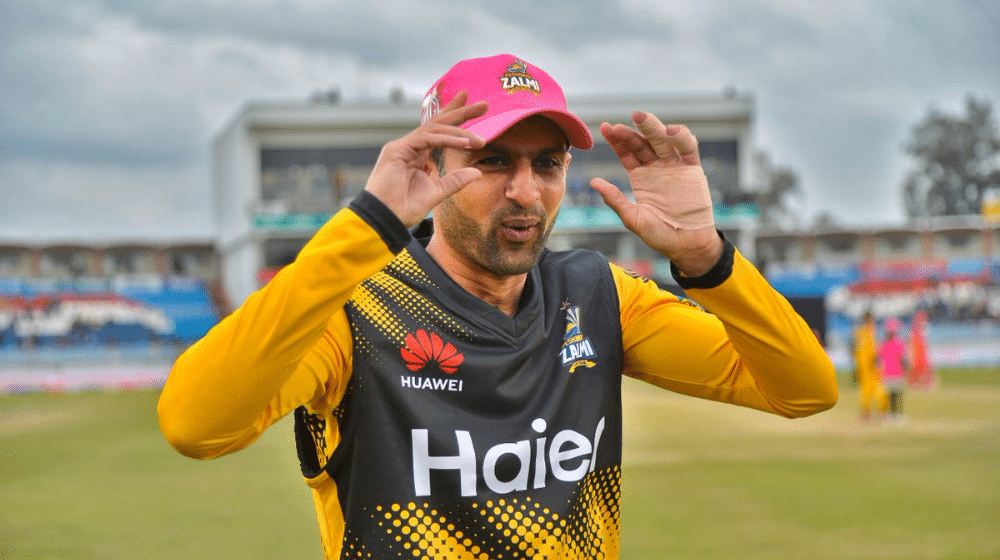 Another rain-affected match between Peshawar Zalmi and Islamabad United, but this time we got to witness some action. Peshawar might consider themselves very lucky as the D/L method came into play. Islamabad scored 195/5 in their 20 overs before rain affected the play. In the revised conditions, Peshawar got a target of 79 in 9 overs. They chased it down with 8 wickets in hand and recorded their 5th victory of the tournament. 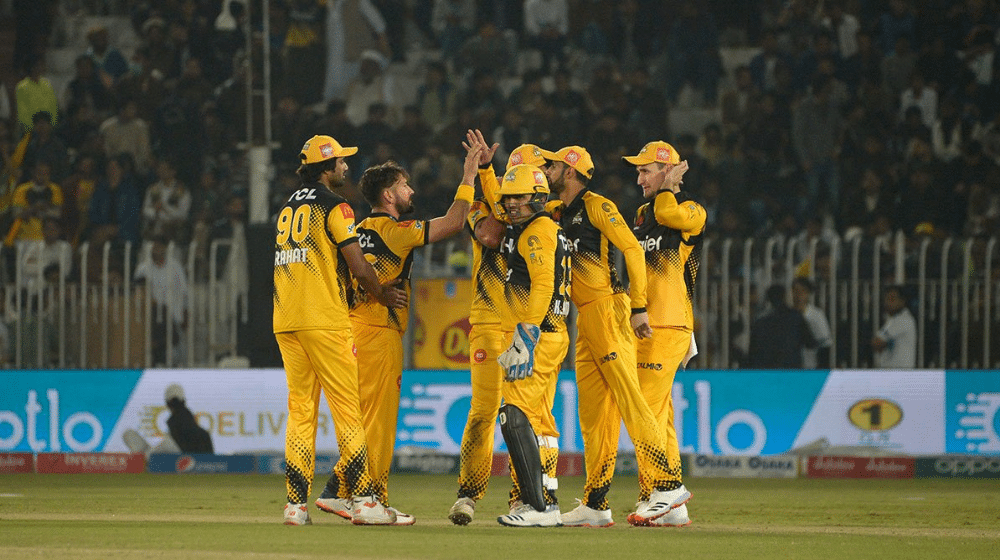 Peshawar faced off against a rejuvenated Lahore Qalandars and this time around Peshawar did not perform up to their usual standards and lost the match by 5 wickets. Half-centuries from Haider Ali and Shoaib Malik helped Peshawar to a challenging total of 187. Lahore took their bowlers apart and chased down the target with 5 wickets in hand. 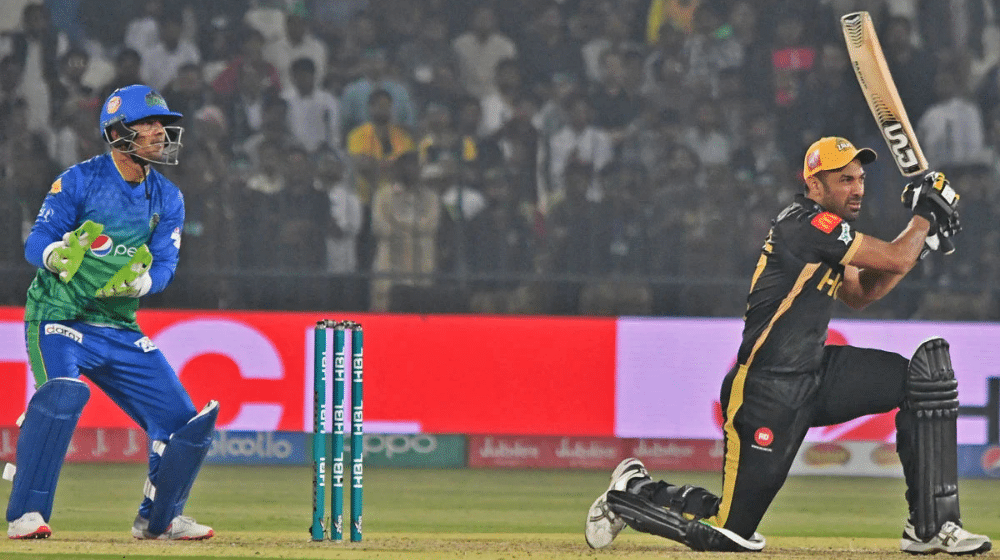 Peshawar faced Multan in their final match of the group stages. Multan posted a target of 155 for Peshawar to chase, with Zeeshan Ashraf scoring a half-century. Left-arm fast bowler Rahat Ali took 3 wickets in the innings. Peshawar’s batting line-up, except for opener Imam-ul-Haq, who scored a half-century, failed. They lost the match by 3 runs.

Peshawar’s campaign was full of ups and downs, one we haven’t seen before. They are usually the team to beat in the group stages. They did manage to qualify for the playoffs and will be relying on their latest recruit Faf du Plessis to provide the fireworks. Shoaib Malik, Wahab Riaz and Haider Ali will be looking to resume their good form in a bid to win the title. 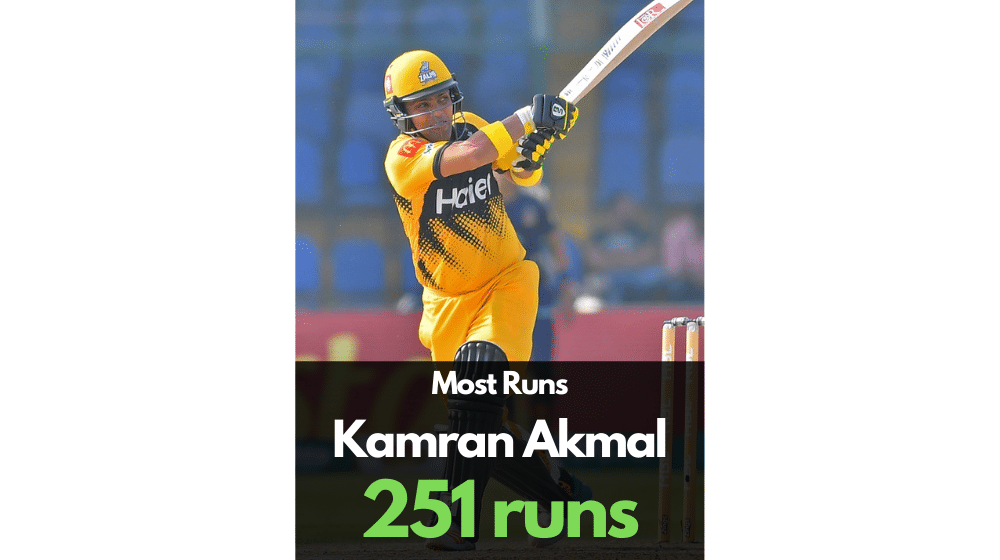 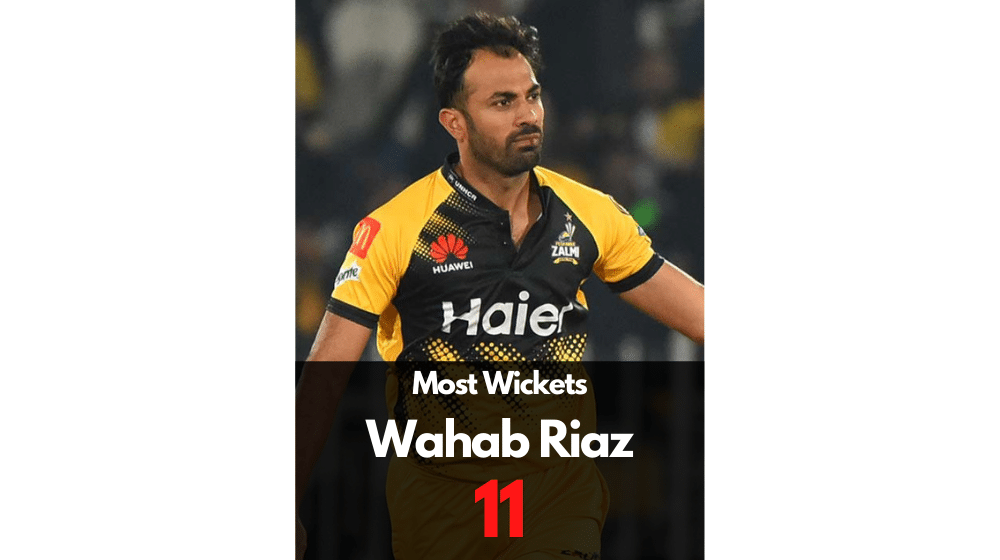 Peshawar Zalmi will face Lahore Qalandars in the 1st Eliminator on November 14th. If Peshawar lose, they will be eliminated from the tournament.

Peshawar will be looking to win their 2nd title on 17th November and tie Islamabad United for most titles.

For more news and stories, follow our PSL 2020 coverage.