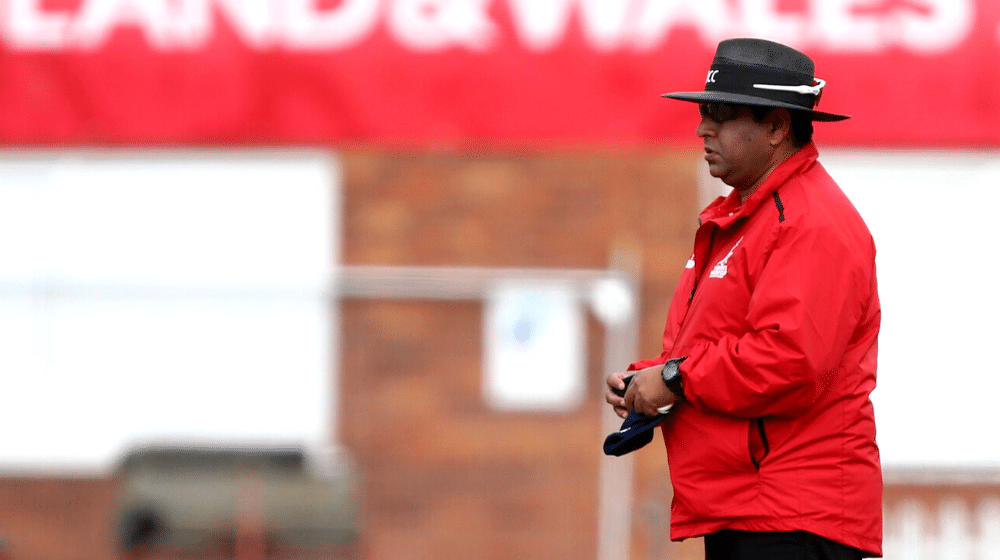 Pakistani umpire, Ahsan Raza, has become the first umpire in the world to officiate in 50 T20 internationals. Raza achieved the feat when he stood in the second T20I between Pakistan and Zimbabwe in Rawalpindi on Sunday.

Raza was extremely proud of his achievement and said, “I have never thought of becoming the first umpire to complete the 50th milestone. I am thankful to all including the Pakistan Cricket Board (PCB) for putting me at the forefront in home series and I am also thankful to ICC for reposing trust in my abilities.”

Ahsan is followed by fellow Pakistani umpire, Aleem Dar, who has officiated in 47 T20Is. Ian Gould of England comes in third having officiated 37 T20I matches.

Ahsan has been highly revered as an umpire in Pakistan and will be looking to join Aleem Dar in the ICC’s Elite Panel in the near future.

Babar Azam is Racing Towards Another T20I Record

Currently, there’s only one Pakistani in the ICC Elite Panel of umpires. England and Australia have three each while West Indies, Sri Lanka, India, South Africa and New Zealand have one umpire each.

Raza stood in his first T20I international in 2010 in a match between Pakistan and South Africa in Abu Dhabi.