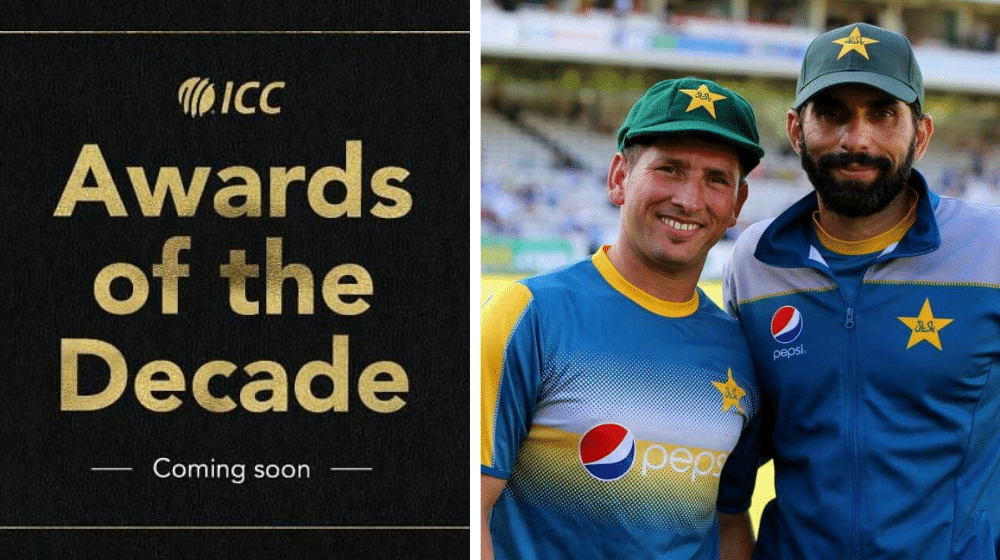 As the decade is coming to a close, International Cricket Council has decided to hold ICC Awards of the Decade, instead of the Annual ICC Awards. Fans will choose the winner from each of the ten categories.

10 categories include players from both the men’s and women’s game. 60 nominations have been announced across all the categories. Virat Kohli of India has been named in each of the men’s categories he qualifies for, meanwhile, only two Pakistanis have been nominated.

Former captain, Misbah-ul-Haq, has been named in the spirit of cricket award, while leg-spinner, Yasir Shah, has been nominated in men’s Test player of the decade.

Yasir Shah has been the mainstay in the Pakistani bowling line-up in this decade. Helping the side to many exceptional performances and series wins, Yasir Shah was an integral part of the team’s journey to the top of the world rankings. He has taken 224 Test wickets in 6 years of cricket he has played so far.

Here are the nominations:

ICC Men’s Player of the Decade

ICC Women’s Player of the Decade

ICC Spirit of Cricket Award of the Decade