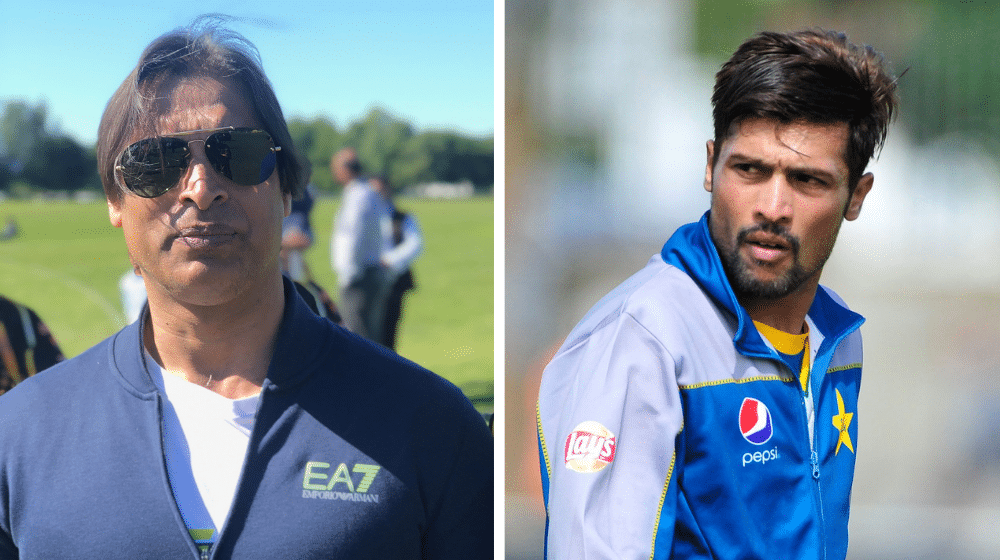 Mohammad Amir burst onto the scene at the age of 17 in the 2009 T20 World Cup and was instrumental in Pakistan’s journey to lift their first and only T20 mega event’s title. His career was cut short due to the 2010 spot-fixing scandal, which shocked the cricketing world.

Mohammad Amir, along with captain Salman Butt and Mohammad Asif were caught in a spot-fixing scandal and were subsequently banned from cricket. Mohammad Amir lost five years of his career and returned to cricket as a shell of his former self.

Shoaib believes that Amir would have been much more efficient and effective had he not involved himself in bad company and could have achieved new heights for Pakistan cricket.

“Pakistani pacer Mohammad Amir was also cautioned before the tour of England but he was taken away by bad company,” Akhtar said.

Amir, who was a mainstay in the national set up, has now lost his place in the team. Since his snubbing from the team, there have been question marks over his fitness and performance. He wasn’t selected for the recently concluded series against Zimbabwe and his name was again omitted from the 35-man squad from the tour of New Zealand.

From his debut up until his ban in 2010, Amir represented Pakistan in 47 matches across all formats, picking up 99 wickets at an average of 25.66 and an economy rate of 3.76, including three five-wicket hauls.

Ever since his return, he hasn’t been the same Amir everyone knew back in 2010. He has participated in 100 matches across all formats, picking up 160 wickets at an average of 29.68 and an economy rate of 3.71, including two five-wicket hauls.