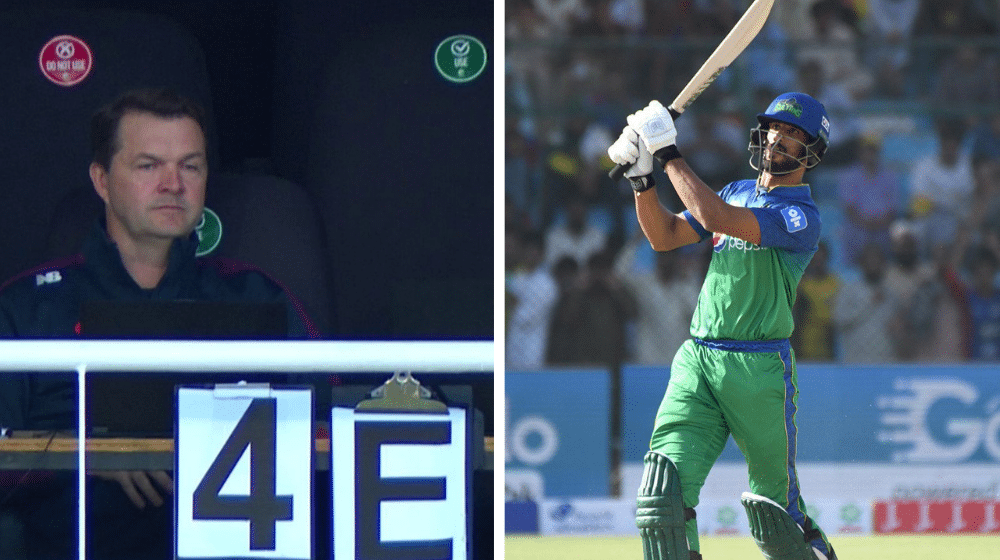 In the third T20I between England and South Africa, England used the services of their analyst in a unique way. The analyst was sending signals to the England captain Eoin Morgan through numbers and letters attached on a clipboard.

England team analyst Nathan Leamon is one of the most renowned analysts in the game of cricket; he was also part of the management team of Multan Sultans in PSL 5.

Leamon displayed a series of numbers and letters from the balcony to Eoin Morgan as a suggestion on how to impact the game in a given situation. According to reports, England Cricket Team discussed the usage of such coded messages with the match referee and anti-corruption officials prior to using them and were given the all-clear to use them.

ECB said that the signals were not directions to the captain, they were suggestions on what could be done differently in the game. They said “The signals were intended as a live informational resource that the captain may choose to use or ignore as he wishes” and “they are not commands or instructions and all decision-making takes place on the field”.

Nathan Leamon implemented a similar type of technique in Multan Sultans as well. English commentator Mike Atherton explained the usage of these signals with reference to Multan Sultans.

Atherton said “Nathan is the analyst of the Multan Sultans in the Pakistan Super League – he said the idea was live signals to the captain, who was Shan Masood.”

“I think they were doing hand signals in the PSL, whereas here it was slightly different,” he added.

The meaning behind the signals is still unclear though, but as cricket is evolving at such a fast pace the use of technology and data analysis has also increased.

As Mike Atherton said, the signals do not simply mean that bowl a yorker at this moment or bowl a bouncer, it is a bit more complex than that.