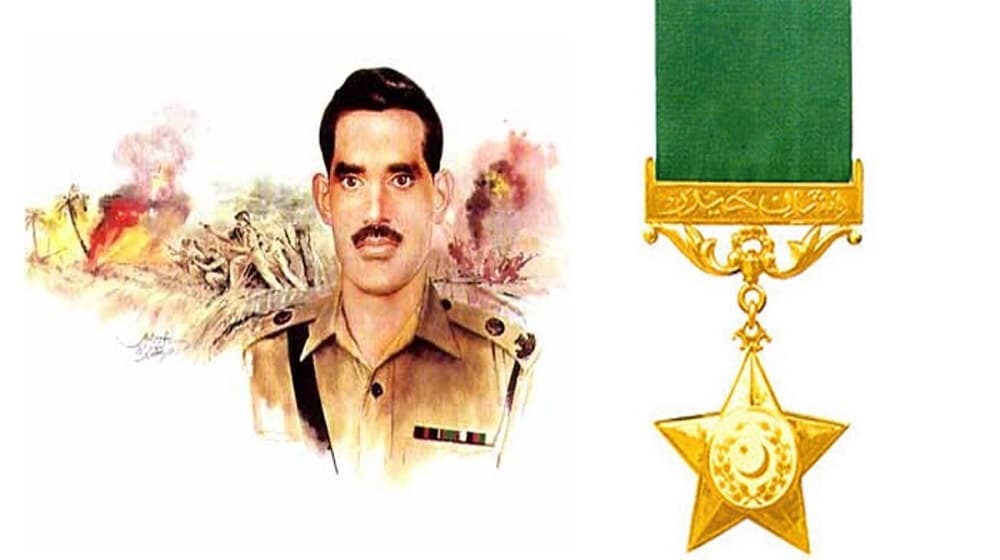 The Pakistan Army paid tribute to the late Major Muhammad Akram Shaheed, Nishan-e-Haider, on his 49th martyrdom anniversary that was observed today (5 December ).

In a statement on Friday, the chief spokesperson for the military Major General Babar Iftikhar said,

A tribute to Major Akram Shaheed, Nishan-e-Haider for his supreme sacrifice. Displaying valor against all odds, he heroically repulsed innumerable attacks by the enemy, inflicting heavy losses in the battle of Hilli. Such exemplary courage is the hallmark of defenders of motherland.

Born on 4 April 1938 in Dingha, District Gujrat, Major Akram was commissioned in the Frontier Force Regiment on 13 October 1963. He served as a Captain in the India-Pakistan War of 1965 and led numerous successful military operations against the Indian Army.

In the War of 1971, Major Akram led a company of four Frontier Force Regiments in the forward area in Hilli district of East Pakistan where he came under unremitting air, artillery, and armor attacks. Regardless, he and his men stood their ground and inflicted heavy casualties on the adversary.

The enemy had planned to destroy an essential rail link and deprive the Pakistani troops in the northern region of important supplies and reinforcement. Despite the superiority of the opponents in terms of numbers and firepower, the troops commanded by Major Akram countered all their attacks and inflicted heavy damage upon them.

Major Akram displayed indomitable courage in the face of the enemy. He embraced martyrdom during this epic battle and was posthumously awarded Pakistan’s highest military award – the Nishan-e-Haider – for his valor and bravery.