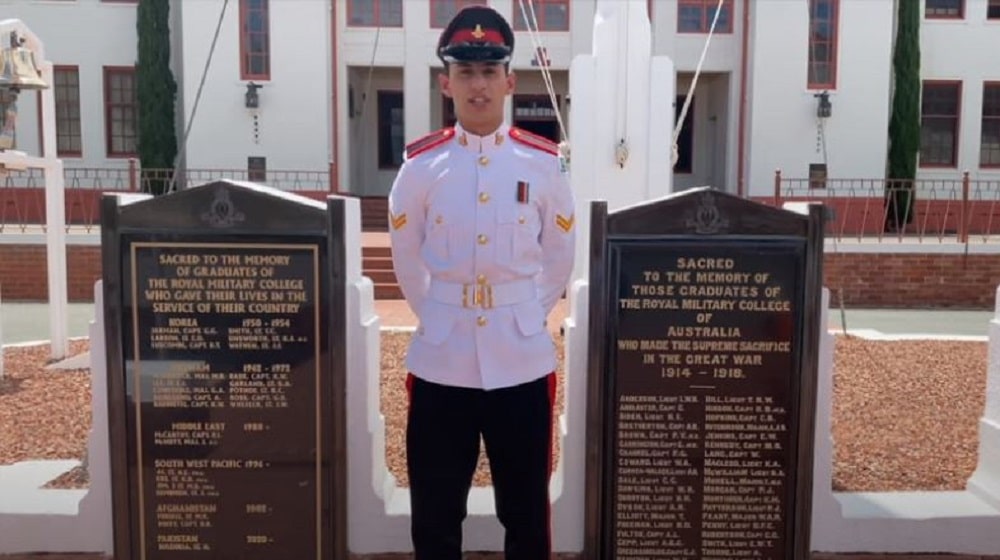 A Pakistan Army cadet has been conferred with the Best Foreign National Military Cadet award at the Royal Military College (RMC), Duntroon, Australia.

According to the official statement issued by the DG ISPR, Muhammad Haris Mairaj of 141 Long Course has been declared the overall best foreign national military cadet at the passing out parade at the RMC Duntroon.

Ice Worth More Than Rs. 1 Billion Seized in One of the Biggest Busts on a Highway

DG ISPR, Major General Babar Iftikhar, added that it is a testament to the highest training standards of dedicated and committed junior leadership of the Pakistan Army.

Last month, RMC Duntroon had organized a special memorial service to pay tribute to the martyred Pakistan Army officer, Lieutenant Nasir Hussain, who was also a graduate of the military college.

China’s COVID-19 Vaccine Ready For Supply To Other Countries

Representatives of Pakistan and Australian Armies laid floral wreaths on RMC War Memorial to commemorate the services of Lt. Hussain for his nation.

Lt. Nasir Hussain had embraced martyrdom in an IED explosion in North Waziristan on 3 September.