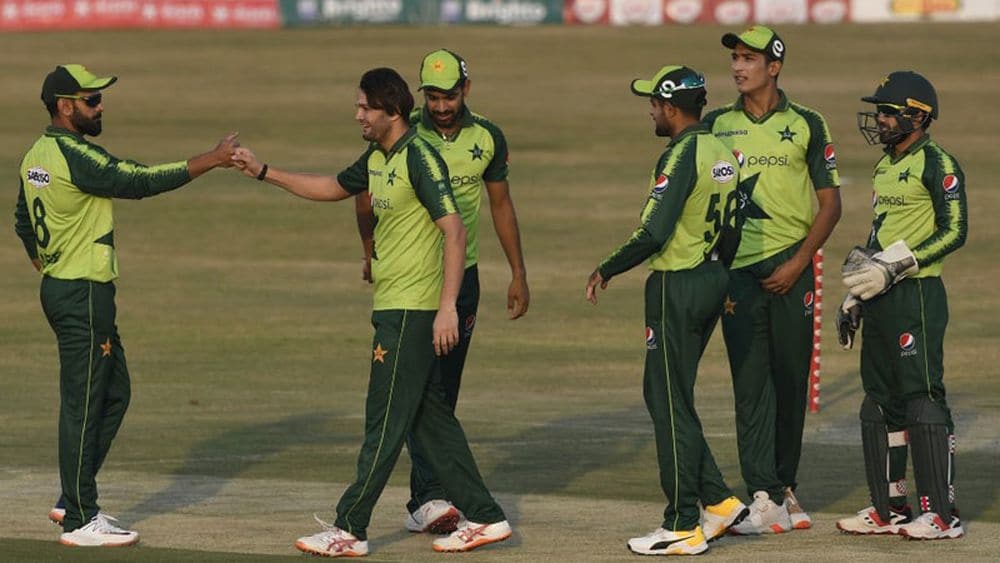 Pakistan Cricket Board has announced an 18-player national squad for the three T20Is against New Zealand to be played on 18, 20 and 22 December.

The squad was finalized by head coach, Misbah-ul-Haq, and captain, Babar Azam, in consultation with Pakistan Shaheens coach, Ijaz Ahmed, who also locked his 16-player squad for the four-day match against New Zealand ‘A’ to be played in Whangarei from 17 December.

Both Pakistan and Pakistan Shaheens squads are scheduled to depart for Queenstown on Tuesday, 8 December, after completing their 14-day isolation period in Christchurch. In Queenstown, both sides will stay in different hotels and train at different times and according to their match requirements.

5 Pakistanis Nominated For ICC’s Teams of the Decade

On 14 December, Shaheens will travel to Whangarei, while Pakistan will head to Auckland on 15 December for the opening match of the three-match series.

For the New Zealand T20Is, Pakistan have recalled Hussain Talat and Sarfaraz Ahmed in the only changes from the side that defeated Zimbabwe 3-0 in November.

Hussain, who has replaced Pakistan Shaheens’ Zafar Gohar, played his last T20I against South Africa at Centurion in February 2019, while Sarfaraz Ahmed has reclaimed his spot from Rohail Nazir, who will captain Pakistan Shaheens against New Zealand ‘A’.

Fakhar Zaman had played in all the three T20Is against Zimbabwe but missed the New Zealand tour after failing to recover in time due to high fever.

Controversy? What Were the Secret Written Messages from England’s Dressing Room’s

Following the conclusion of the T20I series, Imad Wasim will depart for Australia on 23 December to play in Australia’s Big Bash League, while Mohammad Hafeez will leave for Pakistan on 24 December.