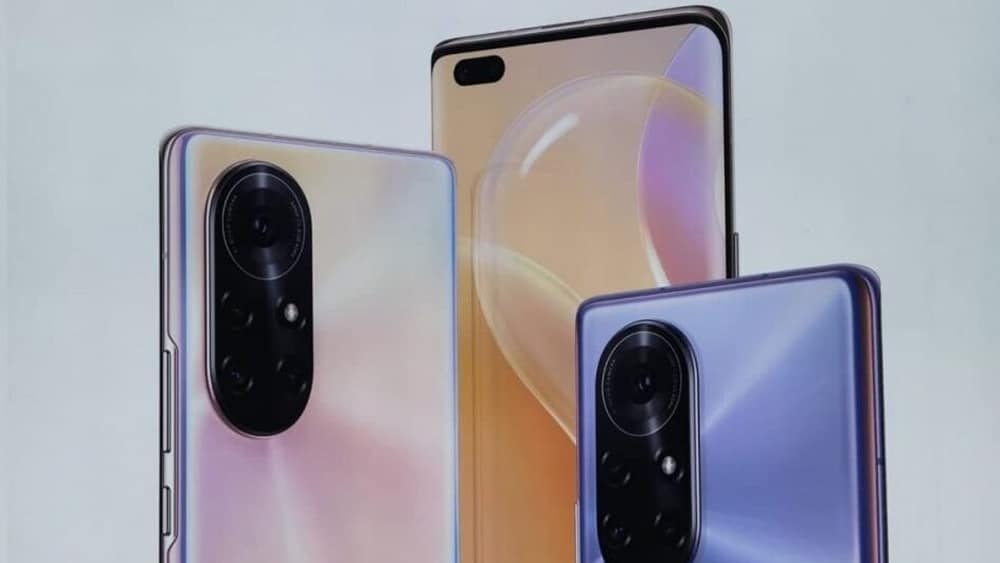 Huawei is all set to launch its next Nova series on 23rd December 2020. Just a week ahead of its launch, a tipster that goes by the name ‘Digital Madness’ has uploaded detailed live images of the Nova 8, confirming all previous leaks and rumors.

The images show a smartphone with a pill-shaped rear camera bump featuring a quad-sensor camera setup and an LED flash. Huawei Nova series have been known to be reminiscent (design-wise) of the latest iPhone series every year. However, this year, it looks like Huawei wanted to try something different.

On the front, it will come with a 6.57-inch curved screen with a punch hole in the center and a 90 Hz refresh rate.

According to the leak, the smartphone will be powered by the Kirin 985 chipset and will come in two memory variants:

At the back, the phone will feature a quad-sensor camera setup with a 64 MP main sensor, 8 MP ultra-wide sensor, and two 2MP modules for macro shots and depth data.

For selfies, it will come with a 32 MP shooter.

In terms of battery, the smartphone is expected to feature a not very impressive 3700 mAh cell that will be backed by 66W of fast charging.

More details will be revealed on 23rd December.