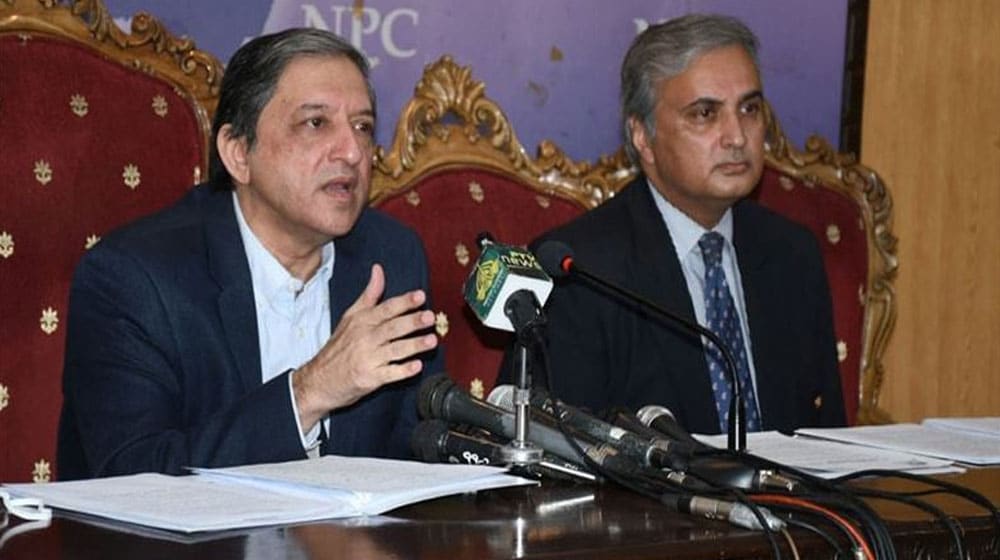 Senate Deputy Chairman Saleem Mandviwalla has threatened to summon the National Accountability Bureau (NAB) Chairman, Justice (R) Javed Iqbal, through arrest warrants if he does not appear before the Upper House. He made these remarks while addressing a press conference on Sunday.

“Warrants could be issued to summon anyone before the Senate,” he declared.

Mandviwalla has been making anti-NAB statements ever since he received a notice from the anti-corruption watchdog earlier this month. He had previously vowed to blacklist the NAB across the world.

He announced that the Senate has received a list of complaints against the NAB pertaining to its maltreatment of parliamentarians.

He also believes that the political parties did nothing to improve the NAB ordinance when they had the chance.

“Political parties are to be blamed for not making amendments to the NAB ordinance because of which it started intervening in every institution of the country,” he said.

Mandviwalla highlighted how the government had issued an ordinance to limit the NAB’s role to government and public corruption, but that the political parties failed to reach a consensus on it.

“As a result, the ordinance lapsed and the NAB was given a chance to intervene in every institution of the country, including private businesses and bureaucracy,” he opined.

The Deputy Chairman noted that the anti-graft watchdog had been interfering in everything including under-invoicing, and import and export cases, which are not in its domain.

“The Senate has received a long list of complaints from businessmen in the United States and Canada who said that they had to leave the country because the NAB had harassed them,” he stated.

Mandviwala further accused NAB of torturing helpless businessmen and forcing them to enter a plea bargain.

Additionally, he opined that due to the NAB’s overstepping, the Federal Investigation Agency (FIA) and other departments like the Anti-Corruption Establishment (ACE) have been rendered useless with “no value”.

Mandviwala expressed his anger with the government for releasing the schedule for the early elections in the Upper House and said that the Senate polls will be held at their rescheduled time.

“No one can alter the schedule for the Senate elections,” he said.

The Deputy Chairman stated that the senators will retire in March 2021, after which the new schedule will be released.