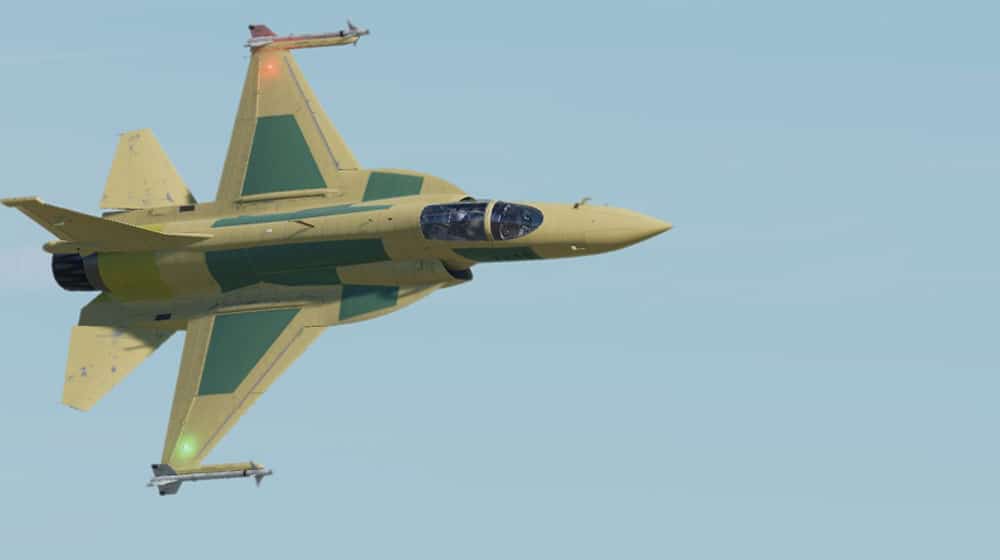 Pakistan Air Force (PAF) has received 14 dual-seat JF-17 Block-3 aircraft from China, which would also be used for pilots’ training.

The jointly-produced dual seater JF-17 fighters were added to the air force’s fleet during a ceremony held today where the jets were officially handed over to PAF.

The significant development will increase PAF’s operational capabilities and potential for national defense as Block 3 is 4.5 generation with 2 Mach speed. These jets are more advanced than the F16 currently available to Pakistan.

NAB To File Reference Against Former PIA Chairman Over Corruption

Here are some of the features of JF-17 Block 3:

Integrated with PL-15 long-range air-to-air missiles, JF-17B3 will outrange all of India’s existing air to air missiles including MICA used by Rafale.

It may be recalled that the Pakistan Aeronautical Complex (PAC) Kamra had achieved a significant milestone by rolling out the first batch of eight dual-seat JF-17 aircraft in December last year.